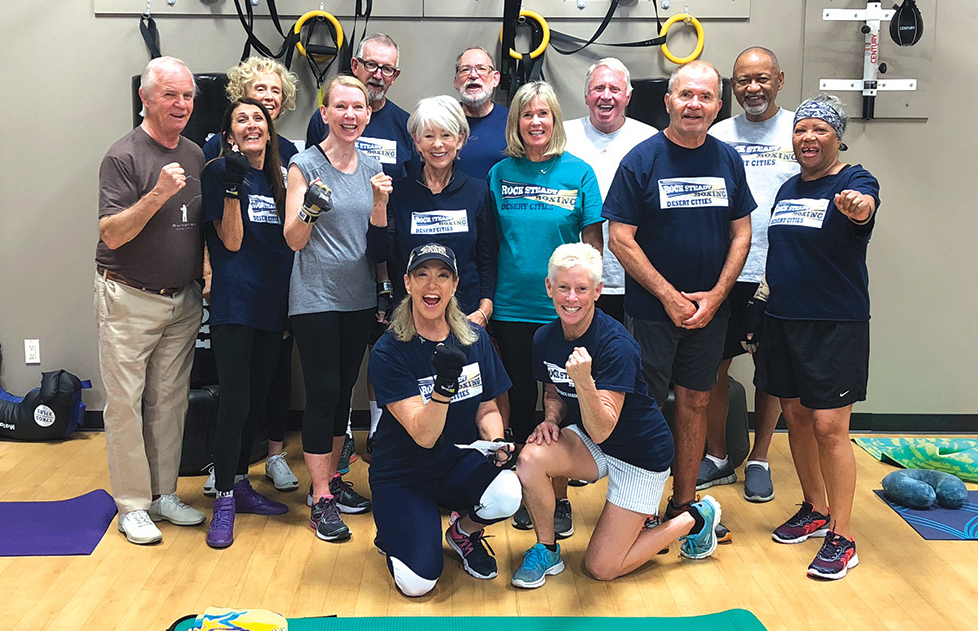 Parkinson’s disease is a progressive disorder of the nervous system that affects the ability to walk, talk, balance and move. Many recent studies on effective therapies for this incurable disease indicate that certain types of exercise, specifically intense “forced” exercise, can exert a neuroprotective influence and may actually slow progression.

Over the past twelve years, progress has been seen with Rock Steady Boxing, a non-contact, boxing-inspired fitness routine which encourages and empowers those affected while dramatically improving quality of life.

The first boxing fitness program of its kind in the country was founded in 2006 by former Marion County, Indiana, Prosecutor Scott C. Newman, who is living with Parkinson’s. Just a few years after he was diagnosed with early onset Parkinson’s at age 40, Newman began to do one-on-one boxing training at an intense level. He noticed vast improvement in his health, function and agility through this type of training. With his persistence of fighting back against the disease, his quality of life improved in a short time.

Training programs began to expand as word spread about this unique program. Classes were meeting the needs of different stages of the disease at different fitness levels. Those who have battled the disease for decades, as well as those newly diagnosed, were seeing improvement in how they function from day-to-day.

Boxing works by moving your body in all planes of motion while continually changing the routine as you progress through the workout. The mission of Rock Steady Boxing is to empower people with Parkinson’s to fight back. The program provides encouragement through a “tough love” approach inspiring maximum effort, speed, strength, balance and flexibility. While focusing on overall fitness, strength training, reaction time and balance, the workout includes stretching, focus mitts, heavy bags, speed bags, calisthenics and voice activation. No boxing experience is necessary.

Rock Steady Boxing-Desert Cities is under the guidance of Gloria Landau who is certified in the Rock Steady Boxing method. She is also a certified fitness trainer through ISSA with advanced certification and education in balance for seniors and aqua exercise.

“Our classes have proven that anyone, at any level of Parkinson’s disease, can actually lessen their symptoms and lead a healthier and happier life,” says Landau. “A bonus to the exercise is the great camaraderie that develops for both the fighters and their caregivers.”

For more information on the program, visit Desertcities.rsbaffiliate.com or contact Coach Gloria Landau at (760) 831.1909. Michael Butler is co-owner of Kinetix Health and Performance Center, home to Rock Steady Boxing’s local affiliate. Mike can be reached at (760) 200.1719 or michael@kinetixcenter.com.