Although their genetic foundations differ, neurological disorders such as Parkinson’s, Alzheimer’s and dementia are all characterized by the untimely death of brain cells. What triggers cell death in the brain? 1 In a recent study, American neurologists and sleep experts suggest that rapid eye movement (REM) sleep behavior disorder could be an early sign of Parkinson’s disease or dementia that develops 25 to 50 years later. 2

Neurologist and sleep specialist Dr. Bradley F. Boeve and colleagues from the Mayo Clinic College of Medicine arrived at their findings in a paper published in Neurology journal on July 28, 2010. REM typically happens several times during a night’s sleep, and normally during REM nearly every muscle is paralyzed and our bodies lie still. Boeve told the press that: “Our findings suggest that in some patients, conditions such as Parkinson’s disease or dementia with Lewy bodies (spherical masses that displace other cell components) have a very long span of activity within the brain and may also have a long period of time where other symptoms aren’t apparent.” 2

The REM disorder is more common in men than women, and middle aged and older patients. For their study, Boeve and colleagues searched patient records held at the Mayo Clinic and identified 27 patients registered between 2002 to 2006 who experienced REM and sleep behavior disorder for at least 15 years before developing one of three neurological conditions: Parkinson’s disease, dementia with Lewy bodies, or multiple system atrophy (a disorder with symptoms similar to Parkinson’s). All the patients were examined by a sleep medicine specialist to confirm REM sleep behavior disorder, and by neurologists to confirm the later disease symptoms. 13 of the patients developed dementia, 13 developed Parkinson’s and one developed multiple system atrophy. 2

The researchers found that the median interval between onset of REM sleep behavior disorder and the neurological disease symptoms was 25 years and ranged up to 50 years. 100% of the affected patients had sleep and REM disorders. “At most recent follow-up, 63% of patients progressed to develop dementia [Parkinson’s disease or dementia with Lewy bodies]. Associated autonomic dysfunction was confirmed in 74% of all patients.”

Approximately 40 million people in the United States suffer from chronic long-term sleep disorders. Sleep Disorder Breathing (SDB) is caused by a structural problem in the nasal passage or oral airway that results in a lack of oxygen during sleep. This structural condition is called Temporal Mandibular Joint Dysfunction (TMJD.)

If the structural problem is in the nasal passages, such as allergies or swollen sinuses, it is imperative to see an Otolaryngologist (E.N.T. specialist). Otherwise, the oral airway must be examined. When a person suffering from SDB falls asleep, the muscles in the airway relax, but then partially or fully collapse as the individual breathes in and out. The sounds of snoring are the result of pharyngeal tissues vibrating against one another, or the tongue being too far back. If the airway is blocked, the result is a lack of oxygen to the brain.

Sleep disorders may be defined as those that disturb, disrupt or fragment quality, restful REM and refreshing sleep. Despite the attention being accorded to sleep today, it has been reported that only approximately 10% of patients with clinically deficient sleep syndromes have been diagnosed. 3

“More research is needed on this possible link so that scientist may be able to develop therapies that would slow down or stop the progression of these disorders years before the symptoms of Parkinson’s disease or dementia appear.” Scientists can’t say how many people who experience REM sleep behavior disorder will go on to develop neurological diseases like Parkinson’s or dementia.

The clinical consequences of untreated sleep disorders are devastating. Serious medical conditions including high blood pressure, heart attacks, stroke, ADHD, sexual dysfunction, and decreased mental functions can all lead to a decreased quality of life. And as the aforementioned studies indicate, sleep disorders may be linked to diseases such as Parkinson’s and dementia.

In the majority of cases, sleep disorders can be diagnosed and managed by qualified practitioners. According to the American Academy of Sleep Medicine and Sleep Medicine Dentistry, dentists with post graduate education may identify SDB by diagnosing patients’ dental structures. Patients should work with their primary care physician and a qualified dental practitioner to properly diagnose and treat SDB.

Dr. Leonard Feld is a TMJ-TMJD Dentist with offices in Los Angeles, San Jose and Indian Wells. He is the co-founder of the TMJ & Sleep Medicine Network and his philosophy is always conservative, non-invasive and non-surgical treatment. Dr. Feld can be reached at (760) 341-2873. www.DocFeld.com 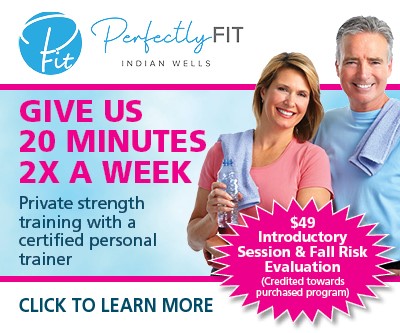