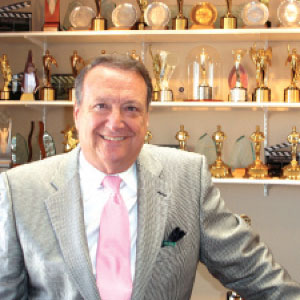 When Roland Perez decided to produce a segment on alternative medicine to complement his award-winning television show, American Health Journal, he was nervous to tell his many hospital clients.

“I saw the growth of science-based complementary medicine and thought it was important to cover that aspect as well,” stated Perez. “I called each hospital personally to let them know and was delighted that none one of them hung up on me.” Then he received what he considers to be the biggest surprise in his 23 years of producing American Health Journal. “Each one of those hospitals called me back asking how they could participate.”

American Health Journal is a highly rated, award-winning health care television program that airs on PBS and other national network affiliates reaching over 30 million households in 21 markets. The show is hosted by Emmy Award winning broadcast journalist, Roger Cooper, and has received 91 national and international awards. Each 30-minute show features 6 segments with a diverse range of specialists discussing a full spectrum of medical topics. Perez’s team interviews doctors on location and captures them in their working environment as they interact with patients and staff.

Two years ago, Discoveries in Alternative Medicine launched as an independent program, but today, it is incorporated as a segment within American Health Journal. “In addition to nutritionists, acupuncturists and mind-body modalities commonly found in hospitals, we feature chiropractors, energy workers, and a variety of alternative practitioners. We’ve done 7 segments with the American Association of Naturopathic Doctors.”

Each interview provides a wealth of knowledge to viewers in an easy to follow format. “We are the longest continually running health care show on US television. We’ve interviewed over 5,700 doctors and have gone to over 100 hospitals nationwide.”

The show’s reach includes a mobile app with over 1 million downloads in 205 countries. Perez is also working on a new website which he hopes to launch within a year as “the largest video driven health care website on the internet.”

Perez concludes, “Some of our Discoveries in Alternative Medicine segments may be a little far out for some M.D.’s, but the gap is closing and we are proud to be presenting both sides.”

American Health Journal is aired locally on Channel 2 (CBS). See page 2 for the July/August schedule of programs or visit www.DiscoverHealth.tv.