When was the last time you walked barefoot on the beach or lay in the grass with your face in the sun? How about camping in the forest or hiking without your shoes?

This may be the perfect prescription for what ails you. 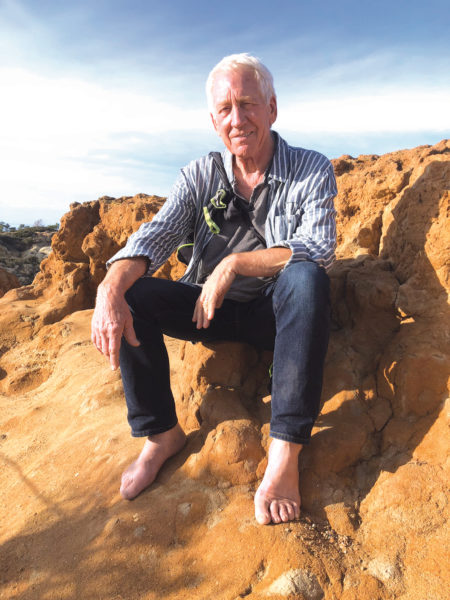 Of course, this statement is nothing new. We often heard, “Go outside and play!” and know that a beach vacation can change your entire perspective. But how often do we actually do these things? Not as often as we should.

The sad truth is that in our modern society, humans have become isolated from Mother Earth, living in our plush homes with comfy shoes on our feet, and while generations before us used her healing embrace as a natural home remedy, it now takes science for many of us to understand why and how we need her.

Everyone agrees that being outdoors makes you feel better, yet many say we are sick from missing that connection, and studies over the years have supported that claim: attention deficit disorders improve when kids spend more time outdoors;¹ short periods of time in the woods can improve depression,² while long stretches can increase white blood cells that fight viruses and tumors;² and those who exercise outdoors have lower blood pressure, higher self-esteem, and improved mood compared to indoor exercisers.3

In Japan, “forest bathing,” or shinrin-yoku, simply being in nature and connecting through all your senses, is an evidence-based therapy with so many health benefits there is even a Japanese Society of Forest Medicine.

In our nation’s capital, a physician-supported group has created Park Rx America, a public health intervention for “nature deficit disorder,” encouraging doctors to prescribe time in green spaces and local parks for those with anxiety, hypertension, asthma, diabetes, and behavior issues in children.

But what is it about being connected to the earth that actually heals us?

The biophilia hypothesis suggests that we have an evolutionary need to be near nature and doing so enhances all our senses; that we are genetically programmed to find trees, plants, water, and other natural elements engaging and soothing.

However, a local Palm Springs research and development company takes this theory a step further and points to our dependency on the earth’s energy, or electrons, to balance our bodily systems (along with every other living thing on the planet). And all you need to do is put your bare feet on the ground.

“The concept is so simple, yet the results are so profound,” says Clinton Ober, the founder of Earthing, Inc., in Thousand Palms. Ober and his company have been conducting clinical trials on the positive effects of “grounding” or “earthing” for over 20 years. 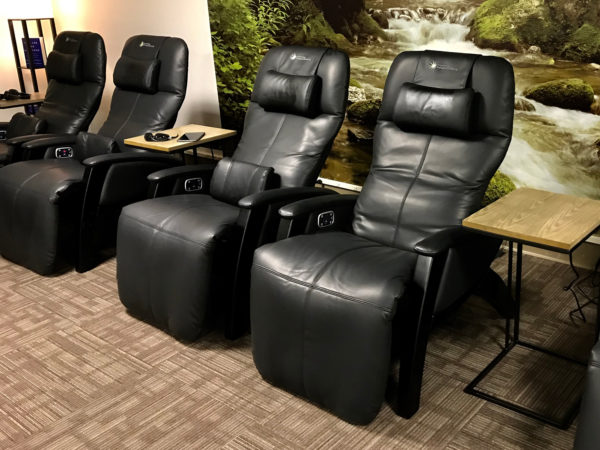 Ober (74) grew up in the Midwest with many Native American neighbors and remembers traditions that would later resonate: a friend’s mother telling him to take his shoes off as they would make him sick, and a little girl with scarlet fever whom the Western doctors couldn’t help. Her family placed the girl in a hole in the earth while her grandfather built a fire and sat with her for 2-3 days. Shortly after, she was back playing with the others.

“The main thing I learned from the Native Americans is that they look at everything as alive,” notes Ober, “from trees to a blade of grass, to the earth. And all that the earth offers belongs to everyone.”

Ober would later become a pioneer in the cable industry where he learned the importance of grounding. The air and environment contain static electricity that gives electrical wires a different amount of electrical charge than the ground and in order to eliminate static, you have to ground the wires.

He began to apply this same principle to humans who for generations roamed bare foot or wore leather shoes (which are conductive) until the 70s when rubber soles, such as tennis shoes, became the norm. After experimenting personally and on a few friends with arthritic disorders, he became convinced that grounding was the primary element humans were missing from our connection with the earth, and that reconnecting could promote normal functioning of our bodily systems and help reduce chronic inflammation and pain.

In 20 years, he has worked with doctors, scientists and health practitioners on clinical trials through the Earthing Institute and has seen revolutionary results. “If inflammation is the cause of most chronic health disorders,” he says, “then I know that not grounding is the cause of inflammation, because we now know that if the body is grounded, we cannot have inflammation.”

The world is starting to take notice and the “grounding” movement is on the rise.

So impressed by the research and his first-hand experience, Deepak Chopra, MD, has added the practice to his six pillars of wellbeing including sleep, meditation and stress management; movement, yoga and pranayama breathing; emotions, nutrition and nourishment; and now, biological rhythms and grounding.

But in today’s world, going barefoot outdoors all day is not realistic, so how do you stay grounded?

To conduct his research, Ober needed a means of grounding subjects and, thus, created conductive mats for beds, floors, desks and chairs that connect to the grounding plug in an electrical outlet and automatically ground users. The demand for his Earthing products became so popular, he began selling them online. Today, over a million units have been sold.

“As time went on, we recognized that we can ground people and it can reduce inflammation, but we needed to look at what was causing all this inflammation and a primary factor was stress which elevates cortisol and sympathetic response,” says Ober. “We knew we could ground people physically, but needed someone who could ground them mentally.”

A joint venture with Dr. Chopra made perfect sense as the two share the same intention of improving the wellbeing of our world and everyone in it. Their new line of grounding products is called Deepak Chopra InnerSpace and includes grounded yoga and sleeping mats and even yoga floors.

“When I met Clint, I knew a powerful, impactful movement could be created to help people in their journey towards total wellbeing,” said Dr. Chopra. “This new integration of meditation and grounding to reduce total body-mind inflammation is perhaps the most important insight yet and with 23 peer-reviewed and published studies on grounding and its various healing effects, the sound evidence is there to support the claims.” 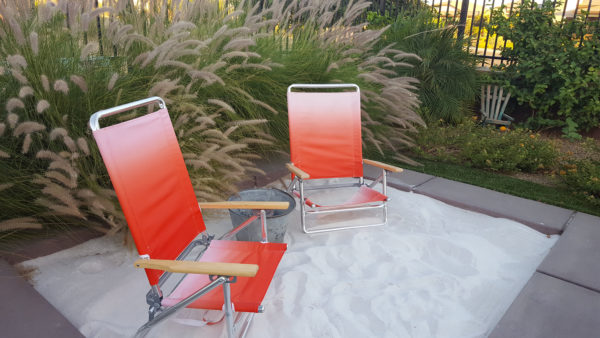 An enticing spot like a backyard beach can encourage daily grounding.

“One of our shared goals is to grow the meditation and yoga industries,” adds Ober. “When you do yoga grounded, it’s easier to move and easier to meditate because you can feel the positive effects on your body.”

A greater goal is to offer grounded wellness centers in cities and corporations throughout the world open and available to all. Last year they opened their very first at Desert AIDS Project (DAP) in Palm Springs which is now open to all through their new partnership with Kristin Olson’s Urban Yoga. A similar site is planned this year at the Earthing headquarters in Thousand Palms.

The premier site came about as DAP and Dr. Chopra are working on a research program related to chronic inflammation in association with UC San Diego. To further aid in healing patients and DAP employees, Deepak Chopra InnerSpace gifted the non-profit a grounding yoga floor and grounding chairs. CEO David Brinkman shared that prior to installation, there were two weekly yoga classes attended by 3-4 people. Within 60 days of installation, their classes were full, with more classes added by Urban Yoga which moved its center to DAP last year.

“At the same time people are doing yoga, they are receiving treatment for inflammation, stress and pain reduction,” notes Brinkman. “I see patients and employees light up when talking about how much they enjoy their time in the grounded classes, and I know we are doing the work that is Deepak’s and Clint’s vision to achieve. It’s a beautiful partnership and something for which we are so grateful.”

A feature film on grounding called Down to Earth will also be released early this year. The film will feature Ober, Dr. Chopra, Steven Sinatra, MD, and others and the movie trailer, which has been out for two years, has received over 100 million views. A premiere screening is planned locally this spring to benefit DAP.

“We encourage you to go outside, get your bare feet on the ground, and begin to let the inflammation drain from your body,” concludes Dr. Chopra, and if you don’t have time for that, grounding products which are “second to nature” are also available thanks to the pioneering work of Palm Spring’s own Clint Ober.

5 Responses to “Are You Grounded?”