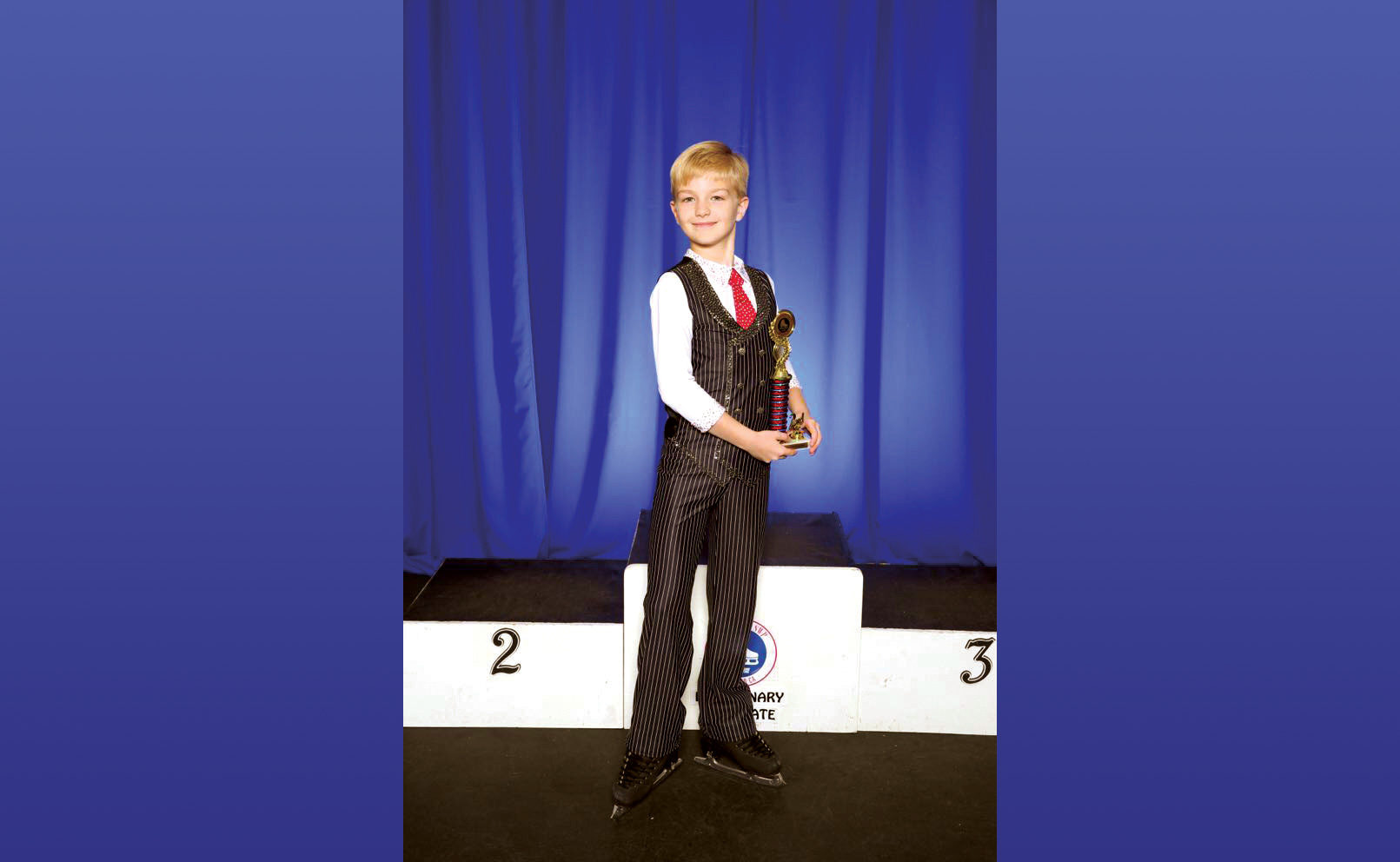 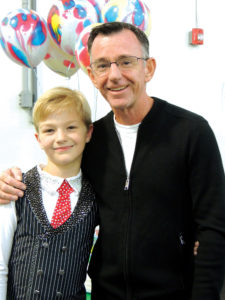 At 10 years old, most kids are setting their sights on what they’re going to do after school that day. August Perthus is setting his sights on the Olympics, and his silver medal-winning performance at the recent Southwest Pacific Regional Figure Skating Championships is his first step to getting there.

August is a talented young skater from Bermuda Dunes who has been training since age seven at the Desert Ice Castle in Cathedral City. His dedicated coach, J. Scott Driscoll, a U.S. Professional Champion, has assembled a team that just may be the winning combination to deliver those Olympic dreams.

Scott saw August’s potential early on, but is still in awe of his progress. To go from a little boy who just wanted to skate forwards and backwards to a medalist in a regional championship in just two and a half years is amazing, he says, adding that many skaters never catch on to this challenging sport.

The young skater’s love for the sport and dedication is very apparent. In addition to his lessons with Scott, August has a training program at Kinetix Sports twice a week and weekly ballet. The fifth grader has a tailored school schedule that allows him to train.

Even with his busy schedule, the gracious young man finds time to help others. “My favorite part of skating is teaching the little kids how to be their best,” he says. “It warms my heart to see skaters grow up and do what they can to show their full potential.” 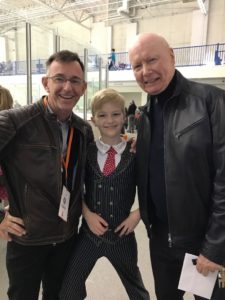 His talent also impressed Olympic coach and U.S. Figure Skating Hall of Famer, Frank Carroll, who trained medalists Linda Fratianne, Michelle Kwan, and Evan Lysacek. Carroll is a regular at the Cathedral City rink and works with August as often as possible.

All that hard work paid off for August who won silver in the preliminary level at the regional event in October. He now moves up to the pre-juvenile level for which he will test in November. The next short-term goal is to compete at Junior Nationals within the next two years.

“If he stays focused and continues having fun, I am confident he can do it,” says Scott. “Yes, but my ultimate goal is the Olympics or Worlds!” adds August with a winning smile.