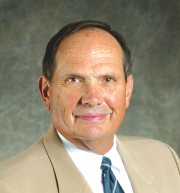 Supplemental vitamin-mineral preparations are consumed regularly by about half the US population, although conclusive evidence of benefit is lacking in many instances. One of those in which there is clear indication of benefit is the prevention of a particular type of birth defect (neural tube defect) when pregnant women supplement their diets with a specific vitamin (folic acid).

First, some definitions. Neural tube defect refers to an abnormality that develops early in embryonic or intrauterine life involving the tissues destined to become the central nervous system (i.e., the brain and spinal cord). The incidence of neural tube defects varies widely by geographic and socioeconomic characteristics, being highest in Ireland and Scotland where it occurs naturally in as many as 10 per thousand births (1%). In the United States, the frequency is variable (e.g., highest in the southeastern region) but overall is probably in the range of 2 or 3 per thousand births.

There are two main types of neural tube defects. Anencephaly occurs when the brain and its covering skull fail to develop; affected infants may be born alive but invariably die within a few days. Spina bifida results when the defect involves the lower end of the spinal cord; while not always fatal, it is very serious and typically causes paralysis of the legs or paraplegia, along with significant difficulties in bowel and bladder function.

The term folic acid refers to an essential nutrient, sometimes also called vitamin B-9. Essential in various metabolic functions, its requirements are especially high in rapidly-growing tissues. In foods, folic acid is present in a form called folate and the principal food sources are green, leafy vegetables, legumes, liver, and egg yolk. Because of its limited distribution, dietary surveys indicate that intake from diet is often marginal in terms of adequacy.

A possible relationship between folic acid and neural tube defects was first suggested about 50 years ago by observations that intakes seemed low in areas with high frequencies of the defect. There have now been several studies demonstrating conclusively that supplemental folic acid to women in very early pregnancy reduces the risk of bearing a child with a neural tube defect, either anencephaly or spina bifida, by half or more. A diet high in the nutrient probably has a similar protective effect, but since dietary adequacy cannot be assumed, all pregnant women are advised to take one tablet containing 0.4 mg of folic acid daily. This dosage can be purchased over the counter and is also present in most multiple vitamin preparations.

A very important question involves when this should be initiated. The defect is believed to occur within 30 days after conception and there should be adequate blood and tissue levels of the vitamin during this time. However, this is a period when many women may not know they are pregnant. Accordingly, the recommendation is that every woman in whom there is any appreciable risk of pregnancy should consume supplemental folic acid daily, as long as there is any likelihood that she might conceive.

Roy M. Pitkin is Professor Emeritus and former Chair of the Department of Obstetrics and Gynecology in the UCLA School of Medicine. He has served on many national bodies concerned with nutrition, including committees of the Institute of Medicine, the National Institutes of Health, the Center for Disease Control and Prevention, and the March of Dimes.