Health is a Choice: Patti Wright 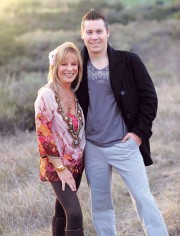 When you have your health, anything is possible. When you don’t, nothing else matters. This is the message at the bottom of Patti Wright’s emails. And she certainly embodies this sentiment.

Patti was a successful professional who raised a son on her own and enjoyed good health. But in her 40’s, things starting going wrong. She contracted gum disease for which she had surgery, but thought little of it as the disease runs in her family. Over the next 8 years, she developed asthma, and then fibromyalgia. She tried medications and treatments for these conditions, but experienced only temporary relief. She felt her health deteriorating.

And then at 47, she got breast cancer. “Finally, I had enough,” says Patti. “The medical community helped me up to that point, but I realized I needed to get to the root of my health problems and to take control.”

She found an oncologist who supported both Eastern and Western medicine and was Patti’s introduction to integrated health care. “I called everyone I knew and asked them to forward the names and numbers of those who made it through cancer. I wanted to know what worked for them in order to decide what may work for me.” Answers included some diet changes, but mostly spirituality and family support. “The conversations were therapeutic,” says Patti. “It gave me hope. I could do this.”

Patti had a lumpectomy followed by chemotherapy and radiation. She complemented her therapy with herbs and supplements from a holistic doctor recommended by her oncologist. She changed her diet to include large portions of raw fruits and vegetables, replacing dairy with coconut milk, and cutting down on meats. The results were almost immediate.

“I underwent daily treatments and saw other patients losing weight while I was gaining. I also maintained my energy for the full two months of treatment and never missed a day of work.” She felt strong.

“When you change your diet and eat what your body really needs, I believe you become more spiritual. You enjoy more euphoria because you just feel better all the time. Nutritious food fuels your body, and you are elevated to another level.”

Patti attributes a large portion of her successful treatment to her strong mindset and faith. Her son, who was 14 at the time and struggled with her illness, was a big inspiration. She had to be strong for herself and for him. “Every step of the way, I said to myself, ‘I am not going to let this get me. I am going to beat this.’”

Once her treatments concluded, she had the standard bone density test as chemotherapy and radiation can damage your bones. Prior to starting therapy at 47, she had the bone density of a 45 year-old. At her post therapy appointment, the bone density doctor asked her what she had been doing. Her first thought was, ‘oh no, bone cancer.’ The doctor informed her that testing showed she had the bones of a 27 year- old. “He couldn’t believe it. Neither could I. I just went through major toxic therapy and my bones got stronger.” She could only attribute that to her diet changes and supplementation.

After treatment, Patti quit her corporate job and decided to spend time doing more things she loved. By 50, Patti had overcome major obstacles that she now considers gifts. She continued on a path of healthy eating and lifestyle and her greatest passion became helping others. But her story doesn’t end there.

At 55, Patti was on the way to her own birthday party at The River and while crossing the street, was struck by a car. She broke both her legs, tore the meniscus in both her knees, and had a hematoma in her brain.

She was sent home from the hospital with removal casts. However, Patti made a conscious decision to heal on her own. She decided not to use the casts, opting for alternative therapies to rebuild and detoxify including infrared sauna, Reiki (a form of energy healing), Rolfing (deep movement massage), and supplements including collagen and shark cartilage.

Her son left college for a semester to return home to help. He carried her from her bed as necessary until she could use a walker. “I remember pulling myself across the kitchen floor because I couldn’t bend my legs.” A month later, she walked into work. “My boss insisted that I take another month off. I agreed to three days and was back. It took me 4 months to get back to yoga and a full year to completely heal.”

The brain trauma was her biggest challenge. She lost spatial cognition and some memory. “I didn’t put my Christmas tree away for two years because I couldn’t figure out how the balls would fit in those boxes,” Patti said with a laugh. “And I forgot some simple things like how to boil an egg.” The neurologists told her that full recovery would take about three years. “I told him one year. And it took one.”

Today at 60, Patti is a beam of light and healthier than she has ever been. She is grateful for life and for what she has endured. “I believe with every situation, there are two emotions, fear and love. If you work at staying in your love quotient and not your fear quotient, you will conquer your obstacles. When you drift to your fear, don’t judge it, just pull yourself back.”

As for her treatment choices, Patti advises that her decisions are not for everyone and feels fortunate to have had a team of practitioners who worked together. “Do your homework and reach out to as many people as possible, and then follow your heart and do what you feel will be right for you.”

Patti Wright is a Certified BiofeedbackTherapist and Nutritional Counselor in La Quinta and can be reached at 760.777.0606.