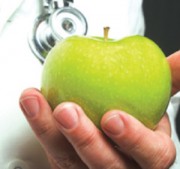 The philosophy behind medical education has seen little change since reform in the early 1900s. However, over the past two decades top medical schools have come to embrace many mind-body-spirit practices as evidence-based medicine.

At the turn of the twentieth century, medical education in the US lacked standardization, so the American Medical Association formed the Council on Medical Education to restructure medical curricula. Professional educator, Abraham Flexner was commissioned to survey and report on the quality of medical schools in the United States and Canada. 1 The Flexner Report published in 1910, was severely critical of medical education 2 and led to major reform becoming the basis for medical education as we know it today.

In his report, Flexner emphasized evidence-based science and condemned other practices, reporting that they have no place in medical education. Modern medicine, he said, “wants not dogma, but facts.” Following the report, up to 80% of the medical schools in the country at that time closed or merged with other institutions. 1

In the years to follow, research flourished proving the science of medicine with economics prevailing. Most research was dedicated to new drugs and discoveries that could be patented and sold. Natural healing therapies used for thousands of years were shunned by the medical community because they lacked scientific proof of their effectiveness.

Today, the United States boasts some of the top medical schools in the world, but the American economy is struggling due in part to our health care system. It is reported by the Center for Disease Control that 75% of the budget spent on health care is due to four preventable factors–tobacco, overeating and portion size, physical inactivity, and stress. To address this issue, the government and US medical community have turned to prevention and wellness initiatives.

Studies on natural therapies that were conducted with little recognition suddenly came to the forefront and many practices rejected by The Flexner Report are now embraced as evidence-based medicine.

Herbert Benson, M.D. began studying the effects of stress on health 40 years ago viewing medicine as a three-legged stool: pharmaceuticals are the first leg, surgery and procedures the second; and mind/body interactions – the relaxation response, nutrition, exercise and spirituality–as the third, “self-care”, leg. From there, Harvard’s Benson-Henry Institute for Mind Body Medicine was established. 5

Dr. Richard Olds, Vice Chancellor, Health Affairs & Founding Dean, UC Riverside School of Medicine states, “In the American medical community, we have become extremely good at letting people get sick and then saving their lives at the end. We have not been very good at keeping people healthy or managing chronic disease.”

Many patients continued alternative practices on their own, often unknown to their physicians. Olds adds, “We as physicians are often unreceptive to what our clients are doing and ignorant about alternative modalities. Surveys suggest that many Americans are involved in integrative health care practices without their physician’s knowledge. That is a sad commentary on our American health care system.”

In fact, a nationwide survey published by Dr. David Eisenberg revealed that in 1990 approximately 60 million Americans had used one or more complementary or alternative therapy (CAM) to address health issues. 3 That was followed by a study published in a 1998 issue of The Journal of the American Medical Association reporting that 42% of Americans had used CAM, up from 34% in 1990. 4

These reports fueled change. By 2002 most US medical schools (98 out of 126) were teaching about CAM in one or more required courses. 5 These included homeopathy (taught in 58% of courses); ethnomedicine, including Ayurveda and Native American medicine (48%); therapeutic touch (38%); naturopathy (36%); and energy medicine, including manipulation of electromagnetic fields and magnet therapy (12%). 6

“If you ask patients what they want in a doctor, I have never heard a patient say that they want to make sure their doctor received an A in organic chemistry,” adds Olds. “They generally are interested in people who have stronger interpersonal skills and motivation to help others. These are humanistic qualities that are cultivated when understanding holistic medicine.”

There are opponents to this new philosophy. In an online discussion at the professional website, MedScape (by WebMD) R.Donnell, MD writes, “It is wrong to combine other healing traditions with scientific methods because it results in an eclectic mix of diverse theories with no common basis. It leaves medicine without a consistent scientific framework upon which to evaluate treatments.”

But all physicians tend to agree that it is important for doctors to understand everything their patients are doing to promote their own health. Although many therapies can be complementary, others may have adverse effects to conventional treatment. A physician’s willingness to understanding the full picture and work with other practitioners results in a better health care system for all.

“Being a part of a health care team is something that needs to be taught to our medical students. To become knowledgeable and to respect alternative modalities is in the best interest of our patients,” states Olds.
Dr. Olds is spearheading the launch of the first new medical school on the West Coast in 44 years, the UC-Riverside School of Medicine, slated to open in the Coachella Valley in the summer of 2012.

“With a new school we have a unique opportunity to step back at look at how we train these future doctors. We are creating a platform to provide an exemplary medical school education, as well as, training them to be more linked to the community, more educated in the outpatient setting and oriented to wellness and chronic disease management–more of a holistic approach to patient care.”