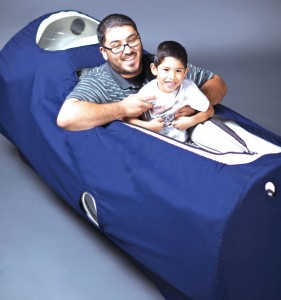 Hyperbaric Oxygen Chambers are safe and come in many shapes and sizes allowing parents to accompany children.

April is National Autism Awareness Month bringing our focus to this serious condition which affects as many as 1 in 1,000 children nationwide1, as well as their family and friends. While there are no known cures, there is a growing treatment for autism that involves delivering more oxygen to the brain.

Positron emission tomography (PET) scans of autistic children’s brains show that “most have decreased blood flow to various parts of the brain,” wrote Dr. Bob Sears, pediatrician, medical advisor for Talk About Curing Autism and author of “The Autism Book.” Blood vessels in their brains have narrowed, limiting blood flow and consequently oxygen delivery to brain cells and restricting their function.

“When extra oxygen under higher pressure is inhaled into the body and absorbed into the bloodstream, that oxygen needs to find somewhere to go. It is theorized that the narrowed blood vessels in the brain open up again to accommodate this oxygen and re-supply the brain,” Sears wrote. PET scans before and after HBOT treatment show such an effect.

Another theory is that Oxygen molecules under high pressure reach areas of the brain that aren’t receiving direct blood flow. “Studies have also shown that stem cells … in the brain tissue are stimulated by HBOT to multiply and differentiate into brain cells to replace any damaged cells, thus improving brain function.”

HBOT is administered in a chamber. The patient receives about 25% greater oxygen content than ordinary air, which has an oxygen level of 21 percent. Air pressure is boosted to about 33 percent higher than normal. The patient stays in the chamber for 60- 90 minutes. It’s large enough for them to bring activities, and in some cases be accompanied by a parent. The usual regimen entails 40 such sessions over eight weeks.

HBOT provides positive results for most children, Sears says, citing improved social interaction and language, better cognition and reduced hyperactivity. But, Sears added in an interview with Desert Health, these gains are usually incremental, not a night-and-day change in symptoms.

Sears recommended that families take a break from HBOT therapy after the usual 40 sessions due to time and financial considerations as not all health insurance covers these treatments. Ideally, autistic children return for a second, and maybe a third, course of 40 sessions, with a month or two off in between. “Some children will lose some of their gains while off therapy and some will not. The hope is that a child will continue to improve the longer he does HBOT therapy,” commented Sears.

If a child doesn’t improve, future sessions may involve higher air pressures and oxygen levels. Sears noted that children can stop HBOT once they reach a point where they’re not improving further and aren’t losing their gains when they’re off the therapy. He added that some patients benefit from periodic “maintenance” therapy a few times per week. 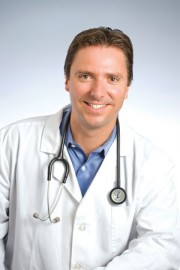 There are a few medical considerations to HBOT. Sears’ book notes that children need certain nutritional supplements to counteract the free radicals the extra oxygen can create in their systems. And a tiny percentage of children have had seizures during HBOT, which also occurs with some adults.

Sears warned that HBOT therapy isn’t a cure for autism – nobody’s discovered one. He does not know whether autistic children will require HBOT in the very long term, such as into their teens or adulthood. As a pediatrician, he hasn’t researched how HBOT may benefit autistic adults. HBOT probably helps autistic people of any age, he said, but “we feel the younger you are, the more potential you have for healing what’s wrong in the brain.”

Maura Ammenheuser is a freelance health and wellness writer and editor; a personal trainer (certified with World Instructor Training Schools); and certified Mama Wants Her Body Back instructor.

2 Responses to “Positive Results for Autism with Hyperbaric Oxygen Therapy”