Packed with nutrients, these superfoods deliver

The medicinal mushroom craze has arrived. Long used in traditional Chinese medicine for their potent health benefits, these superfoods can now be found, not only in health food stores, but also in coffee shops serving up chaga chais, cordyceps lattes, and lion’s mane matcha teas.  There is even the “Shroom Room” in Venice Beach, one of many places to try these tasty and beneficial beverages.

Mushrooms are fleshy spore-bearing fungi long used in Eastern medicine to promote general health and longevity. Referred to most commonly as vegetables, they are revered for their healing properties and are among the favored treasure trove of Chinese pharmacopeia.

Mushrooms are high in protein, vitamins, fiber, minerals and trace elements and are also rich in polysaccharides, especially beta-glucans, a form of soluble dietary fiber which helps lower cholesterol and is heart healthy.

Here are some of the health benefits of popular types of mushrooms:

Reishi: Referred in Asia as the “mushroom of immortality,” reishi is considered a nerve tonic that nourishes the heart, soothes the spirit, reduces anxiety and induces better sleep.  It supports cardiovascular health and disease prevention through blood sugar, blood pressure and cholesterol regulation.  Reishi mushrooms also have antimicrobial actions against viruses, bacteria and fungi (including candida yeast) and help regulate the immune response to boost our body’s ability to fight infections. The Japanese government officially lists reishi mushrooms as part of their anti-cancer protocols.

Cordyceps: Taken as a kidney, lung and liver tonic, cordyceps mushrooms boost the immune system. A powerful antioxidant, it is also popular as an anti-aging tonic and in-vitro shows potential to slow the growth of tumors and help against side effects of chemotherapy.  Recent research has shown that when cells are exposed to these fungi, proteins that usually increase inflammation are suppressed. Cordyceps grows in Asia and is the main source of income for Tibetan yak farmers. During the two months of the harvest season, schools are closed and families scavenge the mountains for the highly prized mushroom.

Lion’s mane:  Its shaggy white appearance gives this mushroom its name. Studies have found that lion’s mane contains two special compounds, hericenones and erinacines, which can stimulate the growth of brain cells and prevent neuronal damage caused by amyloid-beta plaques. Thus, this varietal is commonly used to boost mental functions.

Turkey tail:  This powerful antioxidant full of phenols and flavonoids gets its name from its vibrant colors and is known to promote the immune response by suppressing inflammation and both activating and inhibiting specific types of immune cells.

Due to their powerful effects, it is recommended that you check with your health care provider before adding medicinal mushrooms to your daily routine.

Diane Sheppard is a licensed acupuncturist and doctor of traditional Chinese medicine. She is the owner of AcQpoint Wellness Center in Palm Desert and can be reached at (760) 345.2200 or visit www.AcQPoint.com. 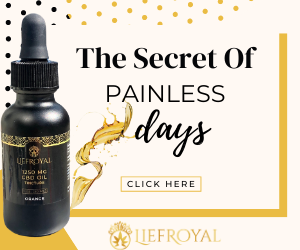 Healthy Hints for the Holidays: 2020 This holiday season is a great time to experience…

Healing Through Chakra Balancing This year has taken a toll on us all. Many feel out…