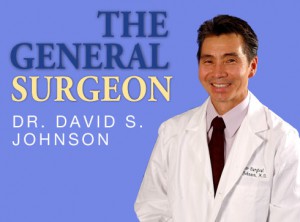 What’s the most common surgery procedure performed in the United States? The inguinal hernia repair.

In 2003, an estimated 770,000 repairs were performed. It was first described in the Egyptian medical writings around 1550 B.C., yet effective treatment was not discovered until the 19th century. Until then, treatment of hernias included ligation of the hernia sac (usually with castration), application of a hot iron, or both! Thankfully, over the last 100 years, a variety of durable repairs have been discovered.

What is an Inguinal Hernia? There are two types. Most are congenital or indirect inguinal hernias. During fetal development, testicles develop in the abdomen and then migrate through the abdominal wall into the scrotum. During this migration the inner lining that covers our intestines can bulge out, forming a hernia. A direct hernia is a weakness in the posterior wall of the inguinal canal. It is an acquired defect associated with exertive activity, chronic cough, constipation, and increased straining from an enlarged prostate. 90% of hernias occur in men.

What are the Symptoms? Surprisingly, most hernias are asymptomatic. Symptoms that do occur include a heaviness feeling, ache or pain, typically after exertive activity. A bulge may be present, and can extend into the scrotum. It can infrequently cause obstruction of the intestines, and rarely is considered life threatening.

Options for Repair. Non-Mesh Repairs. The hernia sac is removed and the “weakened” posterior wall of the inguinal canal is repaired. In 1953 Canadian Earl Shouldice modified the repair with a four layer tissue repair that resulted in a recurrence rate of less than 0.5% and became “the standard” repair for most of the late half of the 20th century. Unfortunately, outside of Shouldice Hospital, the recurrence rate was significantly higher (between 1-6%).

Mesh Repair. The majority of hernia repairs are done with mesh. A sheet of mesh is used to cover the hernia defect and may include a mesh plug. It is a simple, reproducible and durable repair with a low recurrence rate of 1%.

Laparoscopic Repair. Advances in minimally invasive surgery are now being applied to hernia surgery. Through three small holes in the lower abdomen, a space is created behind the abdominal wall, and mesh is placed on the underside of the abdominal wall to cover the hernia defect. The advantages include less scarring, less pain, possibly quicker recovery, thus, this is the preferred surgical approach for bilateral inguinal hernias. Recurrence rates are historically reported between 0-6%.

Which Repair is Best for Me? As the assistant chief of surgery at Shouldice Hospital, I performed nearly 3,000 hernia repairs, including multiple recurrent hernias and femoral hernias. As a patient, you should educate yourself on hernia repair options and make the best decision based on your personal situation. It is important to understand your specific condition as well so your medical team can address special circumstances, such as: bilateral inguinal hernias, recurrent hernias, hernias in the presence of infection or contamination, hernias in obese patients, patients preferring no mesh, or femoral hernias.