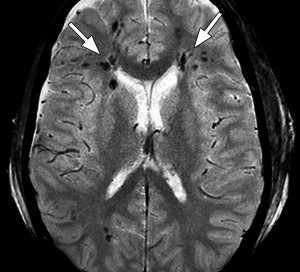 A traumatic head injury is any trauma that injures the scalp, skull, or brain. In recent years, awareness of this often debilitating condition has increased significantly, unfortunately due to the large number of incidents with professional athletes and our service members.

Injuries can be large or small in size, but often both significant in their effect. Fortunately, new technology now allows us to diagnose smaller hemorrhages and fractures that previously may have gone undiagnosed.

Traumatic head injuries comprise a spectrum of damage ranging from a minor bump on the scalp to a serious brain injury. Some traumatic head injuries cause changes in brain function. This is called a Traumatic Brain Injury (TBI). Concussion is a term that describes mild forms of traumatic brain injury. Symptoms of a concussion, however, can range from mild to severe. Symptoms of a traumatic brain injury can occur right away, or develop slowly over several hours or days. Mild concussions, which do not necessarily lead to loss of consciousness are easy to dismiss, simple to misdiagnose and difficult to detect. Further, the person’s head may look normal externally, but problems could result from bleeding or swelling inside the skull.

Head injuries are either closed or open (penetrating). A closed head injury represents trauma to the head from striking an object (whether stationary or mobile) that does not result in penetration of the scalp and skull. An open, or penetrating, head injury means the head struck an object and resulted in violation of the scalp or skull. Even if the skull is not fractured, the brain can strike the inside of the skull and become bruised. This usually happens when a person or an object are moving at great speed resulting in a high energy collision, such as in motor vehicle crashes. Some other common causes of head injury include falls, sports/outdoor injuries, physical assault, accidents at home and injuries at work.

Traumatic head Injury may cause bleeding into the brain tissue, within the ventricular system centrally located in the brain, or between the protective layers that surround the brain including epidural, subdural, and subarachnoid hemorrhages. Large and medium sized collections of hemorrhage and fractures can be discovered easily by typical magnetic resonance imaging (MRI) and by computed tomographic (CT) examinations. Small and especially microscopic components of hemorrhage, however, can be difficult to discover unless advanced medical imaging techniques are employed. In addition, there is a type of brain injury called diffuse axonal injury (DAI) wherein the electrical circuitry of the brain becomes disconnected. These axonal connections are crucial for normal brain function to allow electrical signaling for processes of movement, sensation, cognition, and many others. This type of injury is akin to going through one’s home cutting the electrical cables to some appliances and lights, unplugging others, and leaving others undisturbed. A photo of a home demonstrates its appliances and lights are all present in their proper location, but it says little about whether they work. Analogously, DAI and microhemorrhage can be easily missed if specific advanced and highly sensitive MRI sequences are not employed during a brain MRI examination.

Learning to recognize a serious head injury and give basic first aid can save someone’s life. Immediate medical assistance is encouraged if the person: becomes drowsy, behaves abnormally, develops a severe headache or stiff neck, loses consciousness (even briefly), or vomits more than once. For a mild head injury, no treatment may be needed; however, the symptoms of a serious head injury may appear later. As a result, friends or family need to watch adults who have been injured after they are released from the emergency room or office. Parents or caregivers of children also need to learn how to watch a child after a head injury, and know when the child can go back to being active and taking part in sports.

For people who sustain mild to severe head injuries of any type, new tools are available for patients and their physicians. The new tools are advanced neuroradiological sequences for detecting microhemorrhages and diffuse axonal injury. These injuries can be invisible on typical MRI brain studies creating a quandary for patients, families, and physicians. Patients and families may report striking symptoms and observations of severe behavior and cognitive impairment. Physicians specializing in traumatic brain injury recognize the signs and symptoms of traumatic brain injury; however, they usually lack access to highly sensitive advanced neuroimaging MRI techniques used to discover elusive microhemorrhage and diffuse axonal injury. Falls, motor vehicle crashes and sports/outdoors injuries are everyday occurrences, thus heightened awareness of traumatic brain injury is invaluable.

A standard brain MRI will show the structure of the brain and any major defects to the brain but it doesn’t show connections inside the brain or their potential disruption. A traumatic brain injury MRI study is different in that it scans the brain for microscopic changes in the brain and shows the physician the “hidden injury.” It is also vital that the radiologists interpreting exams be trained specifically for, and maintain a specific interest in traumatic brain injury as they have a greater understanding of the structures of the brain.

Researchers are learning more about the effects traumatic injuries have on the brain and whether they are a factor in dementia and other neurological disorder.

2 Responses to “Advanced Neuroradiological MRI: A Medical Imaging Aid for the Detection of Traumatic Brain Injury”