Warm milk and water steeped with healing herbs can be the perfect recipe for a good night’s sleep.

Ayurveda is an ancient healing system from India that remains relevant for modern-day concerns such as stress and insomnia. An Ayurvedic drink known as golden milk, containing cow or plant-based milk along with turmeric and other spices, has gained popularity in the last few years as a remedy to induce restful, quality sleep and boost the immune system.

Turmeric, which gives curry its yellow color and golden milk its name, is loaded with antioxidants—molecules that stop cellular damage in the body and lower inflammation. Cinnamon and ginger have these properties as well. Studies show these ingredients can treat arthritis as effectively as pharmaceuticals. They can also improve memory and boost mood and have been linked to lower incidence of heart disease.

I made golden milk with ½ teaspoon each of turmeric, cardamom, ginger, cinnamon, and nutmeg along with a dash of vanilla extract in a base of walnut milk. You can add coconut milk or ghee if you are following a ketogenic diet. This recipe produced a soothing drink and I woke fewer times during the night after drinking it. I also felt more energetic in the morning.

The concept of golden milk has been extended to include a variety of warm beverages containing adaptogens, which are herbs that help the body maintain homeostasis when under stress. Ashwagandha is one of the best-known remedies and has been used for over 3,000 years to promote energy and reduce anxiety. It also lowers blood sugar levels and cortisol, a major stress hormone. As a bonus for men, it increases testosterone and improves body composition.

I used almond milk with a packaged blend of “nighttime latte” containing ashwagandha, lavender, chamomile, cinnamon and carob. I also made a version of this “moon milk” with tart cherry juice and rose petals. Cherry juice contains melatonin, a hormone that brings on sleepiness. The rose petals, which are meant to be strained out of the liquid after heating, were very aromatic but I preferred the plain version. Other variations are easily found online.

In addition to the properties of the herbs themselves, there are several mechanisms by which moon milk might help with sleep. After drinking a warm beverage, your body temperature will rise. As it falls, dropping temperature is a signal for the body to go to sleep. Additionally, the protein and fat in milk can prevent blood sugar fluctuations. Low blood glucose is one cause of waking during the night.

And finally, there is a ritualistic aspect to preparing and drinking a warm beverage before bed. If your nighttime ritual has been to use alcohol to induce sleep, I recommend swapping out the wine for some golden – or moon – milk. Try some of this tasty and healthy drink tonight!

Dr. Jessica Needle is a licensed naturopathic doctor with Optimal Health Center in Palm Desert and can be reached at (760) 568.2598.

One Response to “A Good Night’s Sleep with Moon Milk” 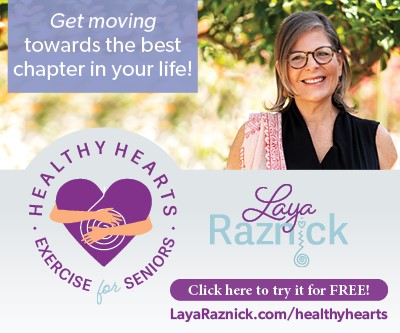 This is The Age of Aquarius Mother Earth has a measurable heartbeat of 7.83 Hz,…

The Benefits of Butter (Yes, Butter!) There are few foods more comforting and versatile…