Is Rejuvenation Biology the Future of Wellness?

Human biology is changing rapidly. Just as Moore’s law was applied to the exponential growth of computer technology 50 years ago, experts now believe that human biology has started a period of exponential change following the mapping of the human genome and new technologies to understand how life works.

Rejuvenation biology is a growing medical discipline that reverses damage to organs and has the potential of reversing the aging process. The biology of aging is becoming well understood, and it is clear that aging can be manipulated. Many medical schools and academic research centers have opened departments of rejuvenation biology and some of the early results are phenomenal.

Stem cells are a cornerstone of rejuvenation biology. Thanks to two Japanese researchers in the previous decade, we are now able to take cells from a person’s tissue, such as fat cells or bone marrow cells, and turn them into the person’s stem cells to regenerate tissue. This is being done to regenerate the cartilage in the knee and may help someone with “bone on bone” loss of cartilage avoid knee replacement surgery. Futurists such as Ray Kurzweil and Peter Diamandis believe that in a coming decade we will be able to re-grow most organs such as the heart, kidney or liver. Organ transplantation and the problem of rejection of someone else’s tissue will become something of the past.

CRISPR technology allows us to edit, or change, our genetics. While this is health giving for someone with a genetic defect, this technology can actually be used to change our species from human to someone superhuman. Gene editing for other than genetic diseases has complex ethical issues, but who is to say that the technology will not be used. Even if the United States decides against such use, or even the United Nations, rogue scientists are likely to use it to create another species of man. We all know movies filled with this science fiction, but some day in the future fiction often becomes reality. 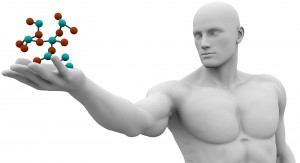 With the complete mapping of the human brain, our intelligence can be recreated and surpassed.

3D printing is also an emerging technology that allows us to take the ingredients of any tissue, organ or machine and recreate it. Just think of the medical applications.

In 1990 Ray Kurzweil published The Age of Intelligent Machines. There he predicted that computers would soon pass man in intelligent activities, including when a machine would defeat the world chess master, which happened a year before he predicted. In fact, over 80% of his predictions have come true. In 1999 Kurzweil published The Age of Spiritual Machines, predicting how in the first three decades of this century the machines would take on human-like qualities. Just think of IBM’s Watson and Apple’s Siri whom we now talk to on our iPhone. Kurzweil completed his trilogy of books predicting the future with The Singularity is Near in 2005. He sees a future where human and machine merge into one and are no longer distinguished from each other. With the complete mapping of the human brain, our intelligence can be recreated and surpassed.

All this is far out and too much for most of us to conceive. However, the means of rejuvenating our bodies is coming at us quickly. Cutting edge cancer centers like UCSD are now using stem cells to wipe out some cancers and replace the normal tissue. The new immunotherapy allows a person to completely reject cancerous tissue. Toxic chemotherapy and radiation may become something of the past.

The future is incredibly interesting and exciting. Hopefully, we will save the planet long enough to realize Wellness in whole new ways.