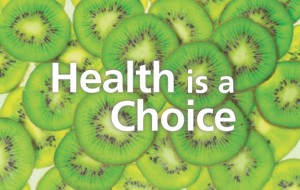 Dr. Steven Gundry is a world-renowned Cardiologist/Cardiac Surgeon who pioneered infant and pediatric heart transplants and (with his partner) has performed more such transplants than any other surgeon in the world. He is the inventor of leading surgical technology and is considered one of the fathers of robotic surgery.

Gundry is also an inquisitive researcher who never stops asking ‘why?’ And it is this quest that changed his life when he encountered a heart diseased patient he refers to as “Big Ed.” Big Ed was sent to Gundry by another physician as ‘inoperable’ and an angiogram confirmed the diagnosis. Six months later Ed returned weighing 45 lbs less and requesting that Gundry repeat the angiogram to see if the diet, herbs and supplements he had been taking somehow improved the state of his blood vessels.

Gundry told Ed that “worthless supplements only made expensive urine”, but agreed to repeat the angiogram. Surprisingly, Ed’s blockages had shrunk by more than 50%. Gundry had never seen such a reduction. Following successful bypass surgery, he met with Ed to discuss the diet, vitamins, mineral and herbs that had transformed his body.

This experience started a personal quest for Gundry that changed his preconceived notions about the underlying cause of heart disease, cancer, obesity and other rampant diseases. Gundry himself was overweight, so he was the perfect lab rat using sophisticated blood tests to scientifically experiment on how foods and supplements biologically changed his own body. The results amazed him. Not only did he lose over 75 pounds, but he restored his body’s normal cell functioning. His LDL (“bad” cholesterol) dropped more than 100 points and his HDL (“good” cholesterol) increased 50 points. His migraines vanished and his blood pressure dropped to 90/50.

After further research, Gundry created the Diet Evolution and found that people who adopted the program all experienced positive, life changing results. He moved to the Desert to establish The International Health and Lung Institute and The Center for Restorative Medicine.
Gundry’s protocol is not the typical diet recommended by health care professionals.

“We are what we are because of the interaction of compounds in food and our environment that activate the genes in our body, literally switching them on or off and telling our genes to do good things or to do bad things,” states Gundry. “A lot of times there are things happening at the cellular level that we might not feel from day to day but are having a tremendous influence on the long term effects in our body. This is a process that has been going on since the dawn of time. It’s a beautiful design as long as you understand what the design is looking for.”

Gundry believes that aging and death are not preordained, but “ordered” to occur by what he calls “killer genes” to make room for new copies of your genes (your offspring) to survive and reproduce. This is not a theory, but a behavior that scientists have known for years. It’s these genes that make you crave sugar, tobacco and other substances that may kill you in the end.

“Your genes are constructed to achieve three main goals: 1) deliver genes into the future by reproducing; 2) ensure the survival of your genetic copies; and 3) after accomplishing #1 and #2, get out of the way so you don’t compete for limited resources with your offspring. And here’s the clincher. The faster you accomplish these goals, the better things are from your genes’ point of view.”

It seems that the western diet has evolved as if controlled by these killer genes. We now have more diseases designed to kill us off quickly. And studies show that populations–even animals–newly introduced to the Western diet prefer this food and even crave it.

“Food has changed dramatically in the past 100 years. Our diet was remarkably uniform for millions of years up until about 8000 years ago when grain and beans were introduced and about 100 years ago when processed grains came along. A significant change also occurred 50 years ago when farm animals stopped being fed foods that they normally eat and were fed grain, which they were not designed to eat.”

You can “tame” your killer genes, and in fact tell your genes to behave to your benefit by deactivating bad cells, repairing damaged cells, and reproducing healthy cells, with diet and supplements.

“I approached this new field as a research project and every one of my patients is their own laboratory. I get rather fascinating blood work every 3 months on every one of our patients. With special genetic testing, we can track food that people eat and supplements they take and their effect at the cellular level. These tests can tell me if a patient has stopped taking a supplement and even if they have changed brands.”
Even Better News?
Gundry has found that this reversal process works at all ages. “I call myself a restorative medicine professional. My job is to give people tools to restore their body to as perfect a health as they want. I teach people how to de-age. What has been most surprising to me is that it is never too late. We have found that you can actually return quite damaged cells into very healthy cells. I have seen people in their mid to late 80’s completely turn their lives around–get rid of what are considered chronic diseases like diabetes, arthritis, Parkinson’s–and go about leading their exciting and active lives.”
Gundry adds with a smile, “I have 90 year old women who now won’t even look at 80 year old men because they are too boring.”

How do Gundry’s peers react to his new practice? “My client’s call me ‘No More Mr. Knife Guy’ so it doesn’t get any better than that. Some physicians think I am selling snake oil, but the biggest compliment comes when they send me patients, or come to see me personally, and we are able to change their lives around.”

To start your journey towards healthier cells and to turn off those killer genes, memorize the following “Gundryisms”:

Dr. Gundry is on the medical staff of Desert Regional Medical Center. Dr. Gundry’s Diet Evolution is available at Barnes & Noble in Palm Desert or online at www.BarnesandNoble.com.

46 Responses to “Health is a Choice: Dr. Steven Gundry”