ACA: “Insurance for All”

So why do we still need free clinics? 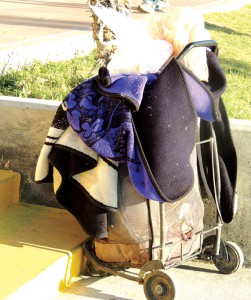 Access to health care is a luxury for some

The Affordable Health Care Act (ACA) has been described as offering universal health care coverage to all Americans. As such, some may ask, “If everyone is required to buy health insurance, and sliding scale rates are now available, why do we still need free medical clinics?”

While the ACA is significantly decreasing the number of uninsured, and will continue to do so each year moving forward, the Congressional Budget Office estimates that when the ACA is fully implemented in 2024, that number will still be 31 million.1

“Free health care clinics will continue to be in demand to serve the uninsured for many years to come,” says Amy Hamlin, national executive director of Volunteers in Medicine (VIM). The Coachella Valley’s VIM is the only free medical clinic in our community. They see patients only if they have no other insurance coverage, and because California elected to extend the Medi-Cal eligibility categories, many of their patients have signed up and now receive this coverage. This has eased a bit of the burden on CVVIM’s patient load.

So who will free clinics continue to serve?

Loss of Income. There will be those who sign up and receive subsidized insurance, but may lose their job or their ability to pay insurance fees or co-pays. They may become temporarily uninsured, and are not subject to the mandate until their income allows for affordable coverage. Those who “fall into the gap” may need medical attention until new insurance becomes available and effective once again.

Low Income. There is a portion of the population who doesn’t file income tax as they don’t make enough, or have unreported income such as service industry personnel. It is estimated that between 18 and 19 million people will be exempt from the mandate to buy coverage as their incomes are so low that they cannot purchase the coverage through the ACA exchanges, or they may find the cost sharing unaffordable, particularly at certain times of the month.2 Medi-Cal may be an option for this population.

Late Starters. The Urban Institute estimates that in 2010, 40% of the uninsured were Americans who were eligible for Medicaid, but failed to enroll.2 Family eligibility may be determined when they show up at a hospital for care, but it may only be for catastrophic coverage, and their primary and chronic care will not be covered.2 During their time of need, a free clinic may be their only option. There are now numerous organizations within the community (including CVVIM) which discuss and encourage eligible patients to sign up for Medi-Cal.

Undocumented Individuals and families. As an agricultural community, we have many undocumented residents who work our fields to put produce on our tables. Living in the United States, this group does not receive coverage through their jobs; is not eligible to purchase health coverage through the exchanges; and is not eligible to purchase private insurance with their own money. Free medical clinics will continue to be the best option for them, especially over our emergency rooms. Bruce Yeager, executive director of CVVIM, estimates this population to be 20-25% of CVVIM’s current patient base. 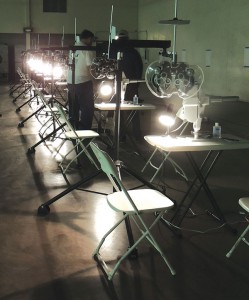 Eye exam stations are set at the 2014 Coachella Valley Expedition

Due to the influx of those now receiving insurance coverage, and locally coupled with the shortage of primary care physicians and specialists in our valley, there is the concern that not all patients who now have insurance will receive adequate and timely care. Where this overflow will turn is yet to be determined.

CVVIM has recently opened their patient coverage to include people ages 18 through 21.

Ron Hare, chairman of the board and founder of CVVIM, believes that with all the expert projections, Coachella Valley Volunteers in Medicine will continue to have many patients far into the future.