The Food and Inflammation Connection

A connection between back pain and diet isn’t immediately obvious. But an aching back led Dr. Hessam Mahdavi, MD, DC, to develop a food lifestyle to fight inflammation.

Mahdavi’s back problems began in 2002. As his pain worsened, he tried ibuprofen, exercise and spinal manipulation, but none provided more than short-term relief. As a physician, Mahdavi knew that inflammation and swelling occurring throughout the body can be symptomatic of serious medical issues.

“It got to a point where there were mornings I just couldn’t get up,” said Mahdavi, who practices at Eisenhower Wellness Institute. Blood tests revealed his C-reactive protein level, which rises with inflammation, was above 9; normal is under 1. The diagnosis–ankylosing spondylitis, an inflammation-related autoimmune disease of the spine.

Through researching functional medicine, Mahdavi learned certain foods can trigger inflammation, especially in people genetically predisposed to it. “I followed the recommendation to avoid the foods, and it really changed my life,” he said. People suffering autoimmune disorders, such as lupus and osteoarthritis, can benefit from following an anti-inflammation diet.

Mahdavi’s strategy is avoiding foods that are the “most common offenders” in triggering inflammation. Unfortunately, “the foods that are inflammatory are some of the most common foods we ingest through the standard American diet,” he said.

Foods that typically contribute to inflammation include:

Gluten is a protein found in wheat, rye and barley. People with Celiac disease must avoid gluten, but so should about 35% of the American population. Far more people are sensitive to gluten than they realize. 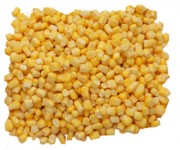 Though it seems benevolent enough, corn doesn’t have much nutritional value. It’s mostly starch, and much of the corn we eat is a genetically modified food. It’s used as feed for many farmed species, including even fish. “I don’t think fish were made to ingest corn in the wild sea,” Mahdavi said. Generally, eating against nature isn’t great for an animal’s health – or ours, when we eat species that have been raised on an unnatural diet, he said. Corn syrup, a form of sugar, meanwhile, is found in a staggering number of processed foods. 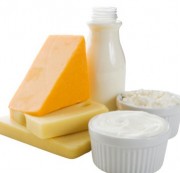 Dairy Products
Humans lack the enzymes necessary to effectively digest dairy protein. And nowadays cows are generally fed corn, not part of bovines’ natural diet. To counteract frequent sicknesses in the herd, many dairy farmers give cows antibiotics. Whatever goes into the cows goes into their milk, so by drinking and eating dairy products, people ingesting corn and antibiotics.

This might surprise people who rely on soy to get around drinking dairy. “In Japan, the soy is fermented and healthy,” Mahdavi said. “In the U.S. it’s mostly processed soy,”–again not a truly natural product. Soy can affect the thyroid gland. A good non-dairy substitute is almond milk. 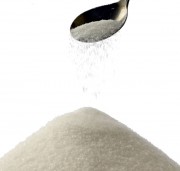 Positron emission tomography (PET) scans have shown that sugar fuels inflammation, even cancer. Avoiding gluten cleanses the diet of a lot of sugar, he added, because the body gets a large dose of sugar when it converts simple starches that typically contain gluten (bread, crackers) to glucose (sugar). Artificial sweeteners can trigger the same physiological reactions as sugar.

Mahdavi recommends easing into an anti-inflammatory diet by writing down everything you eat for three days. Then choose one of the top-offender items to eliminate for a few months. Most people feel better in weeks. In time, eliminate another likely offender. This is easier than giving up all these foods overnight.

You have to determine your ‘level of readiness’ and be honest with yourself to succeed.

For example, people who drink several sodas or juices each day should start by replacing those with water. “Some people drop seven to 10 lbs. just from that change, and they feel a lot better. It may not be perfect, but it’s a good place to start.”

Maura Ammenheuser is a freelance health and wellness writer and editor; a personal trainer (certified with World Instructor Training Schools); and certified Mama Wants Her Body Back instructor.

Dr. Hessam Mahdavi practices Integrative Medicine at the Eisenhower Wellness Institute and can be reached at 760.610.7360.