The Six Pillars of Brain Health

This is the fifth of a six-part series on brain health from Deborah Schrameck, NC, PT, of the Eisenhower Wellness Institute. Preceding articles may be found here.

In the last few years of my grandmother’s life she complained that food “just didn’t taste good” and that she really wasn’t hungry. This is a common complaint amongst those suffering from age-related dementia and Alzheimer’s. The sad thing was that the foods she did want to eat were garlic bread, chocolate chip pancakes and pasta. It was heartbreaking for me to watch her deteriorate and to know that no matter how many healthy foods I stocked in her refrigerator, she was going choose those that were escalating her cognitive decline.

In his article “Reversing Cognitive Decline” (Desert Health Nov/Dec 2017), Dr. Joe Scherger discussed the great news surrounding cognitive health. He reviewed Dr. Dale Bredesen’s book, The End of Alzheimer’s stating that high sugar and carbohydrate intake are part of the cause and advising that Alzheimer’s could be altered using Bredesen’s ReCODE protocol. Eating our way to a healthier brain and reversing cognitive decline are no longer just platitudes; they are realities.

After a festive holiday season, I wanted to begin the New Year with a focus on changing when, how and what we eat to support changing our brain to a healthier state. It doesn’t have to be difficult; you can simply begin with a couple of small
consistent alterations.

Integrate intermittent fasting. This does not mean to stop eating entirely, it means controlling the amount of time between food consumption with a goal of at least 12 to 16 hours. There are many benefits to intermittent fasting; one is supporting the body’s ability to clear its own debris. The technical word is autophagy where cells destroy and recycle themselves so new healthy cells can thrive. Intermittent fasting also supports the body going into a state of ketosis where magic can happen. In ketosis, your body becomes a fat burning machine, not relying on glucose and carbohydrates. For brain health this is optimal because the brain is very efficient at using ketones for fuel especially when a history of excess sugar or carb consumption has left the brain and body insulin resistant or unable to utilize glucose.

Add healthy fats. In “Coconut On, Healthy Ones” (Desert Health July/August 2017), Lauren Del Sarto discussed the use of coconut oil and its multiple health benefits. Coconut oil is 62 – 65% medium chain triglycerides (MCT). MCTs are quickly converted to ketones (efficient brain fuel) that increase metabolism and are unlikely to be stored as fat. This is great news for not only brain energy and cognition, but for overall metabolism and potential weight loss.

Go green. To support the brain by staying in a mild state of ketosis, go low carb. To make it simple, load up on non-starchy green vegetables at every meal. The goal is to choose carbohydrate options that are lower than 35 on the glycemic index. Going low carb will rule out all added sugars and this is one of the best things you can do to preserve your brain. 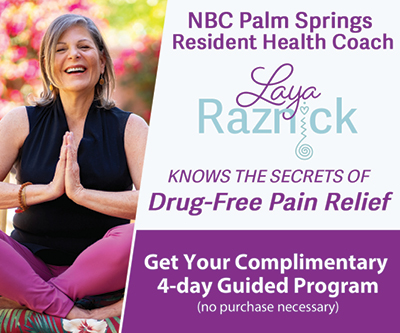 Resilient Re-Entry: How to Build an Extraordinary Next Chapter Most of us are feeling some level of trepidation as…

Self-Love and Approval Over the years, research has shown us that those who…