A Review of Gundry’s The Plant Paradox

The Coachella Valley is fortunate to have Steven Gundry, MD, practicing restorative medicine here since 2002. The former head of cardiothoracic surgery at Loma Linda University, he changed careers when he realized the power of nutrition to transform health. I share several patients with Dr. Gundry and they all sing his praises and are grateful for how he has helped them.

In The Plant Paradox, Gundry has refined his program that has evolved over the years based on what has worked for his patients. Eight years ago his patients were told to give up almost everything white and now he recommends white rice and some white bread (yeast fermented sourdough) over the brown products. Dr. Gundry focuses on lectins as the villain in the foods of nature, and blames them for the inflammation of heart disease, cancer and auto-immune disease. He describes lectin as a self-defense protein that plants use to harm the “predator” to avoid being eaten. Lectins are most abundant in grains and legumes so these are off his food lists. He goes so far as to say gluten is not the problem with grains, but rather the lectin wheat germ agglutinin (WGA) that “puts holes in the gut” and causes inflammation and autoimmune disease.

Are all lectins bad for you? The official biochemistry definition of a lectin is that it is a carbohydrate binding protein and is ubiquitous in some animal and almost all plant foods. Lectins are most abundant in legumes. Some lectins are very toxic, such as ricin, used in chemical warfare. Cooking most beans is important to reduce the toxicity of its lectins. Gundry recommends a pressure cooker. However, many health nutrition experts recommend eating legumes. The Blue Zones, the five most long-lived and healthiest populations on earth eat many legumes. Dr. Joel Fuhrman (Eat to Live) gets great results from his “greens and beans” diet plan.

In his book, Gundry is critical of other popular diet plans such as low carbohydrate, Paleo, and ketogenic, even though his diet is all of these. The Plant Paradox program is very low carbohydrate, off sweets, fruits, and grains. The Paleo diet is based on eating the foods of nature that existed before the Agrarian Age that started 10,000 years ago. The main foods that came from farming are grains and legumes, so these are off the Paleo diet list. The Paleo diet is not necessarily as high in animal protein as he suggests. Gundry also promotes intermittent fasting in order to be ketogenic. 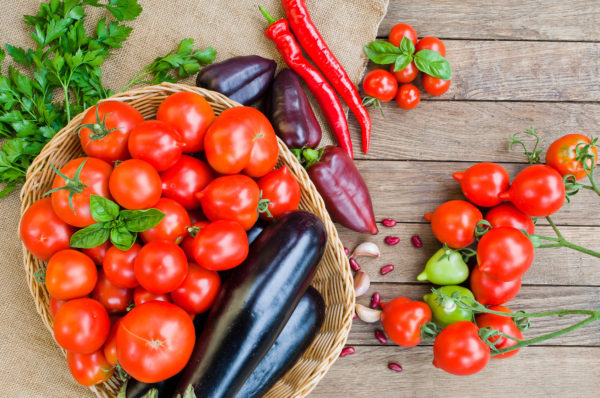 Gundry points to lectins found in the skin and seeds of many vegetables including eggplant, tomatoes, and peppers.

The Plant Paradox diet is highly restrictive, banning almost all whole fruit (“same as candy”) and all legumes (no beans, tomatoes, peppers, peanuts, cashews, and many seeds). If you eat tomatoes, he wants you to peel of the skin and remove the seeds, good sources of prebiotics for most of us who enjoy tomatoes. Gundry’s lectin hypothesis falls short because he equates the toxicity of legumes as similar to that of grains that have inflammatory proteins for everyone, causing leaky gut. For many of us legumes are healthy. Because of the Plant Paradox restrictions, supplements become necessary and a conflict of Dr. Gundry is that he sells these in proportions that are not otherwise commercially available.

The Plant Paradox program would be useful for anyone with an auto-immune disease that does not respond to a diet devoid of grains and cow’s milk. For some people, legumes and the nightshade vegetables cause an inflammatory response.

I now have two books to recommend to anyone wanting or needing a full anti-inflammatory diet, The Wahls Protocol, by Terry Wahls, MD, and The Plant Paradox. I recommend anyone interested in healthy nutrition to read this book. Dr. Gundry is super smart and the book is informative and thought-provoking. Also read other books to get a balanced perspective on healthy nutrition.

Dr. Scherger is Vice President of Primary Care at Eisenhower Medical Center. He is also the Marie E. Pinizzotto, MD, Chair of Academic Affairs, and Clinical Professor of Family Medicine at the University of Southern California Keck School of Medicine.

3 Responses to “A Review of Gundry’s The Plant Paradox”