Oh What a Relief It Is…Or Maybe Not! 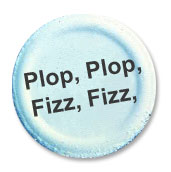 If only life could be as portrayed on television…Good conquers evil, the hero wins the girl, and indigestion is cured with a simple pill. In reality, life isn’t so simple…and neither is heartburn!

The heartburn medication industry has exploded in the past decade. In 2007 and 2008, two of the top five prescription sales in the U.S. were Nexium and Prevacid, and in 2006 they accounted for $8.5 billion in worldwide sales. Unfortunately, despite the abundance of medications to treat heartburn (otherwise known as GERD), up to 30% of reflux medication users still have significant symptoms. Why is that? Could it be inadequate medication dose, non-compliance, or an alternative diagnosis? The answer to that question lies in further evaluation.

For the majority of GERD sufferers, a trial of proton pump inhibitors (PPIs), a powerful acid reducing class of medications, may be all you need. However, if your symptoms do not improve over a 4 week trial, or if you have GERD and are no longer responding well to treatment, then endoscopy is recommended, as stated by the American College of Physicians clinical guidelines. Endoscopy is used to evaluate a structural cause for symptoms, such as an ulcer, esophagitis, stricture or a mass.

What happens if nothing is seen? Up until recently, if nothing was seen on endoscopy, a common practice was to either change or increase the dose of the current medication. However, we now have better diagnostic tools that not only can provide a more accurate diagnosis to explain symptoms, but also lead to better suited treatments.

24hr pH Testing. This test measures acid that may reflux into the lower part of the esophagus and can typically be accomplished by placing a small capsule (Bravo capsule) on the wall of the lower esophagus by endoscopy. This capsule senses any acid entering the esophagus and transmits this data to a recording device. In certain cases, a soft small pH catheter placed through the nose is alternatively used. If acid reflux events recorded correlate with symptoms indexed by the patient using the device, then an adjustment to current medical management will be made. Surgery, in certain instances, may also be considered.

What if the pH testing is inconclusive? If symptoms do not correlate with pH testing, there may be functional abnormalities in swallowing. This could be due to a variety of causes that include a poorly propulsive or hypertensive esophagus, a non-relaxing sphincter, or learned swallowing behavior of which patients may not be aware.

How do we test for functional abnormalities? A recent improvement, high resolution manometry, has led to a better understanding of functional abnormalities of swallowing. It involves placement of a catheter through the nose which measures pressure while swallowing. Depending on the motility disorder discovered, treatment may include medication, endoscopic and/or surgical intervention, behavior modification, or a combination of treatments.

If you are being treated for heartburn, but still experiencing symptoms, ask your doctor about advance diagnostics and treatments available today.

Dr. Johnson is a board-certified general surgeon with Premier Surgical Associates in Palm Spring. He has a focused interest in esophageal reflux and motility disorders and offers comprehensive work up for refractory GERD and can be reached at 760.424.8224. For more information visit refluxmd.com.