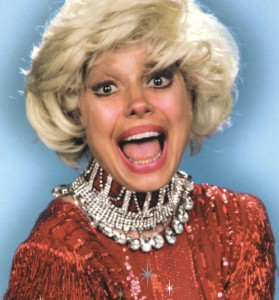 One of our Valley’s most beloved residents is Ms. Carol Channing. At 92, she is still the beaming ray of light we know from stage and screen – gracious and kind, full of positive energy and endearing spunk.

If you ask Carol how she accounts for her long, healthy life, she will tell you that lead theater people make health a priority because they have the weight of the show on their shoulders. “Now the chorus, they can eat anything they want,” she says with a smile.

However, after reading her memoir Just Lucky I Guess and spending time with Carol, it is easy to see that there is something else at work. I believe it to be her combination of healthy choices; a life full of purpose and giving to her beloved audience; and the effervescent creativity which ignites her soul to this day.

She is known for her unwavering work ethic, including never missing one of more than 5,000 performances of Hello, Dolly! Eight shows a week required a lot of stamina which she supported with a diet rich in protein and vegetables. “I never bothered with desserts or starches. No potatoes, pasta or bread. Just protein and vegetables still today.” She also avoided milk to save her voice. (Thespians were among the first to realize that dairy creates excess mucus). She learned what worked for her body and stuck to it.

On tour, she preferred fish between the matinee and evening shows as lighter fare. She tells the story of her beloved dresser, Tivis Davenport, who would heat her dinner in the wig oven. This lasted until members of the troupe finally told Tivis, “We love Carol dearly, but we can no longer stand her fish smell” as her wigs shared the same oven. 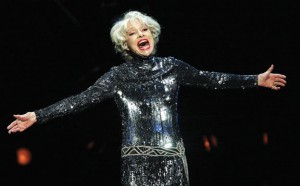 Ms. Channing in her element

Carol always traveled with her own food, even when dining with heads of state. “My dear friend Lady Bird Johnson said, ‘I have to tell you. You are only the second person registered in the White House with any President who didn’t trust the food.’” The other was the lavish King Farouk of Egypt. Carol’s top priority was giving her best performance for each audience, and she feared having a negative reaction to something that may be hidden in prepared food.

Her purpose in life became clear at a very young age when she began imitating students and teachers, captivated with the resulting laughter and applause – even from those she portrayed. It became a lifelong passion with unwavering dedication. “When you are on stage, there is nothing else in your life but the audience in front of you.”

A surprising discovery in her book is the uterine cancer she suffered during the first two runs of Hello, Dolly! She was flying back to New York every other weekend for cobalt and chemo treatments. When asked about it, she said “Oh yes, I forgot about that” and can only attribute her steadfast stamina to sheer adrenaline from performing night after night. “I later heard people say that this treatment completely drains you. Dr. Bill was so wise not to tell me.” 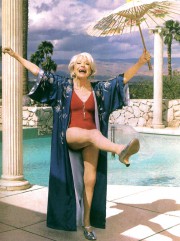 Dr. Bill Cahan was her beloved physician. “Wasn’t I fortunate he was the uterine cancer specialist at Memorial Sloan-Kettering? I mean, after years of piecing me together from falling in the pit, I finally came in with something in his territory.”

Due to her near-sighted vision, Carol often had mishaps onstage. “I remember falling into the audience one night and landing in the lap of a dear woman who fortunately laughed and blew me a kiss as I crawled back on stage.” She even finished a show with a broken arm, not leaving for the hospital until after the curtain fell. Dr. Bill believed her many broken-bone performances were made possible by ‘a combination of sheer willpower and Mary Baker Eddy’ referencing the Christian Science founder and religion with which Carol was raised.

The creative work of show business has long been a part of her healing power. In her book, she mentions Bill Moyer’s Healing and the Mind. ‘It covers methods of healing all over the world. It spoke of cancer patients who were given one week to live. They were brought to Big Sur California and told to create something, anything, every day – a poem, a song, a painting, a story, even a sand castle would do. They lived and lived.’

Carol still loves performing and creating to this day. George Burns told her once that she would be “just like him” performing until the day she died. She adds “Now that I’ve told you, I’ll have to do it. I can’t let George be proven wrong.” 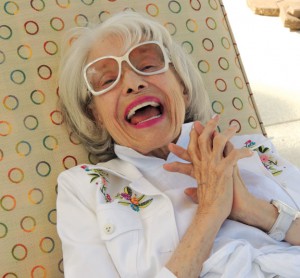 Her schedule still takes her back to the bright lights of New York and LA. This August, she returns to Fire Island, a place they say she helped build, for an appearance at the Ice Palace. “I’m the Queen of the Gays, you know, or so they tell me,” she adds. “And I am very proud of that.” When on tour in Las Vegas, there were 8 performers impersonating her in 8 different night clubs. “I even entered a Carol Channing lookalike contest once in New York – and placed third!” she jokes.

Carol is looking forward to slowing down a bit and getting more involved locally in the Desert. She is grateful for her loving family and close friends including Barbara Walters, Debbie Reynolds, and Tommy Tune. Her inspiring life is one lived with passion, dedication, laughter, and healthy choices along the way. We are the lucky ones and look forward to seeing more of Ms. Channing in the many days to come.