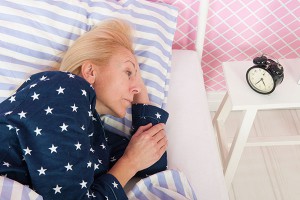 More than 60 million Americans report that they have experienced some form of insomnia in the past year, and sleepless nights are responsible for a little over 250 million lost days of productivity annually. In seeking solutions to this widespread problem, science has recently shifted its focus toward brain chemistry.

According to Ronald C. Kessler, Ph.D., Harvard Medical School professor of health care policy, it’s not only that people are missing work. He has determined that sleep-deprived people are still going to their jobs but are accomplishing less because they’re so tired.

A national survey in 2011 also determined that workers with insomnia who were too tired to fully function on the job cost the United States over $60 billion. Based on this survey, about 1 in 4 workers are sleep deprived due to insomnia. Of the 7,400 people who participated in this national study, approximately 20% of those suffering were taking a drug or participating in behavioral treatments.

Behavioral scientists have a list of things that you should do to get a good night’s sleep. It includes avoiding caffeine and alcohol before bedtime, going to sleep in a regularly scheduled routine, controlling room temperature so it’s not too cold or too warm, and moderating the brightness of light in the room. Bright light causes your body to inhibit the production of melatonin, the hormone generated naturally in the pineal gland in the brain that allows our bodies to relax and sleep.

Science is now considering a suspected link, for example, between insomnia and the reduction in levels of the inhibitory neurotransmitter known as gamma-aminobutyric acid in the brain. You see this in health food stores as the supplement known as GABA. People with insomnia can show around 30% less GABA in their brains than people who do not suffer from insomnia. Other studies, particularly one at Johns Hopkins University School of Medicine, observed the effects of high levels of the neurotransmitter glutamate in the brain of insomniac patients.

Although brain chemistry analysis is not an area that most doctors have studied, we have had positive results with this approach. The analysis is not yet recognized as reasonable and necessary by many insurance companies, but testing will reveal which brain chemicals are deficient or excessive.

If you are suffering from insomnia, a brain chemistry study may hold the key to a good night’s sleep.

Dr. Clair is founder and medical director of Vibrance Rejuvenation Center in Rancho Mirage and can be reached at (760) 324.4872.