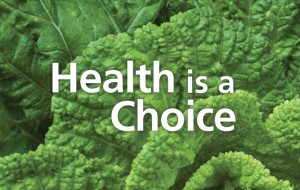 September is Yoga Awareness Month. Most of us would admit that our muscles could use a little more stretching; however, we think ‘yoga is for the young, or for tree huggers, and my body could never do those crazy positions.’ But yoga is so much more than stretching, and how much you can do depends only on you, your mind, and your body.

Yoga originated over 3,000 years ago as a therapeutic practice used by early healers, and is still considered therapy today. To learn more about yoga’s many benefits–and why each of us should give it a try this September – I spoke with Kim Tang, owner with partner Denise DuBarry-Hay, of Bikram Yoga University Village. Kim has a deep passion for yoga and is educated on the positive effects of the practice on the body and mind.

Kim started practicing yoga at 36. As an avid runner, she felt that she needed the cardio of long distance running to feel accomplished. She too believed yoga was merely stretching, until a friend convinced her to give it a try. It wasn’t long before it became her life’s passion. “As I started to understand the basis of yoga and to feel the positive changes, I lost my desire to run,” says Kim. In four years, she became a certified trainer and at 41, won the California State Asana Yoga Championships. She attended nationals as a rarely seen 40-something mother of three. “What a tremendous honor and privilege to represent the state, as well as, a whole group who understands and realizes that yoga is ageless.”

Kim emphasizes that yoga has nothing to do with competition. “These events have very little to do with one person beating another. They are about inspiring others and demonstrating just how far you can take a posture, because most people don’t know or understand that until they see it.” 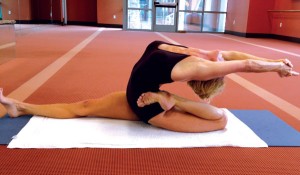 And yoga is not considered a sport. In fact, it is just the opposite. “We are not in the hot room to become yoga champions.” The ‘hot room’ refers to Kim’s chosen style of practice, Bikram, which takes place in a 104 degree room with 40% humidity. These elements provide added benefits for achy joints, tight muscles and circulation (and can be somewhat intense at first, but fans love it). “Yoga is about awareness of self and controlling the unruly mind. It teaches you to become present in the moment, to lose judgment in the mirror, and to silence the voice that does not serve you well, so you can hear the voice that does serve you well.”

There are approximately 20 different styles of yoga practiced today and although almost all are based on the same physical postures, each has a particular emphasis like flow, breath, alignment or meditation. Bikram adds the safety of warmth for tight muscles, and profuse sweating which is thought to cleanse the body. A Bikram class consists of 26 poses, repeated twice, with each posture preparing you for the next. When you have gone through the entire sequence, which is considered beginner level, you have worked every cell of the body inside out, bones to skin, and finger tips to toes. “It is a 90-minute breathing exercise, a 90-minute open-eyed meditation, and a 90-minute series of choices you make for yourself on your mat.”

Kim explains that yoga is a scientific method of health from the inside out. “It is not just a stretch class. Yoga activates every muscle, ligament, tendon and bone, as well as every organ, gland and system in the body. The emphasis is on proper breathing which provides an exchange of oxygen rich blood through compressing and then stretching the internal organs. It is considered internal hygiene.”

Kim goes on to talk about the biomechanics of Bikram. “You start with a breathing exercise that oxygenates the blood and gets the heart pumping, while the heat is dilating your blood vessels. So during the warm up, you have high pressure oxygen-rich blood pumping hard through dilated vessels. Then the practice brings you into postures that bend joints and restrict muscles, followed by relaxing postures that allow the oxygen-rich blood to be carried to that area of focus.” 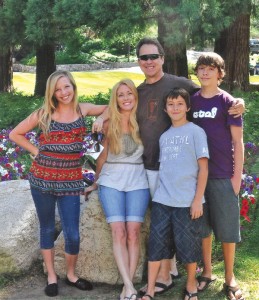 “People think that they can’t do yoga because of an artificial knee or lower back pain. But those are the exact reasons TO do yoga. Everyone has some form of misalignment in their body, and when that misalignment presents itself, there is an opportunity to restore it to proper alignment. Each posture was created as a therapeutic position, so the goals of practice are breathing and proper form. You are working to strengthen the muscles that support a joint in its perfect alignment. You only go as far into a posture as you can with proper form and knowledge of your body.”

The physiological benefits are just as impressive. “All day long we are controlled by our thoughts and the emotional reaction that comes with that thought. Positive thoughts create upward motion of energy through the spine, and negative thoughts create a downward motion. Yoga teaches you to gain control of your thoughts to keep the energy moving in a more upward and positive direction. What happens in your yoga practice permeates every aspect of your life.”

“A lot of people come in with a perceived limitation (i.e. lack of time, an injury, fear or inability). So they decide they will never be able to practice yoga. I choose to believe that those limitations are imaginary. They don’t exist. We just need to believe in ourselves, and give it a try. You will never be asked to force your body into a position it is not prepared for. Through practice you are preparing the body for the position. And over time, your body will learn to embrace the postures.

Those who attend classes at Bikram Yoga University Village range from children to people in their mid-80s. “You are never too old, never too late, and never too sick to start from scratch.”

For an overview of the different styles of yoga see the Yoga Style Guide at about.com (http://yoga.about.com/od/typesofyoga/a/yogatypes.htm). For a list of yoga studios in your area, visit yogafinder.com. Bikram Yoga University Village can be reached at 760.346.2988 or bikramyogauvpalmdesert.com.