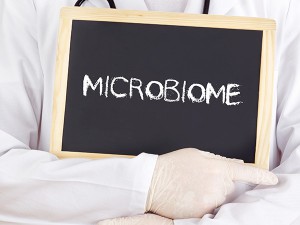 “What are you writing about next?” This frequently asked question is inspiring and always met with great enthusiasm. But leading up to this issue when I proudly proclaimed “body bugs,” the most frequent response was “eww!”

So in the name of science (and in hopes of getting you through this article), let’s address our subject title first, because as it turns out, we are more bug than human, and accepting these little guys and understanding how to keep them happy is important to our health.

The community of tiny microorganisms (bugs) living in our body is now commonly referred to as microbiota or microbiome. Over the past ten years, science has confirmed that the human body contains trillions of microorganisms outnumbering human cells 10 to 1. These little guys contribute more genes responsible for human survival than humans contribute! Genes carried by bacteria in the gastro-intestinal tract, for example, allow humans to digest foods and absorb nutrients that otherwise would pass through us. It’s not our bodies doing so; it’s the bugs in our bodies.

These living, breathing creatures inhabit just about every part of us, living on the skin, in the gut, and up the nose. Sometimes they cause illness, but most of the time, they live in harmony with their human hosts, providing vital functions essential for human survival.1

In 2011, I was interviewing Steven Gundry, M.D., for an editorial on diabetes when he started talking body bugs. It struck me the same way you are probably feeling right now, and when I asked Dr. Gundry if we should instead write about this fascinating concept, he kindly advised, “the human race is not ready to hear that their body is merely a bug colony.”

However, it wasn’t long before the industry was buzzing about bugs. This is due mainly to the Human Microbiome Project (HMP), a consortium of 200 members from nearly 80 universities and scientific institutions launched in 2007 by the National Institutes of Health. Their astonishing results published in 2012 have both science and medicine rethinking common beliefs about what creates good health and what creates disease.

Where science had previously isolated only a few hundred bacterial species from the body, HMP researchers now calculate that more than 10,000 microbial species occupy the human ecosystem.1

According to the NIH, the research produced numerous insights and even a few surprises. It was determined that nearly everyone routinely carries pathogens, microorganisms known to cause illnesses. In healthy individuals, pathogens cause no disease; they simply coexist with their host and the rest of the microorganisms living in the human body. In others, they wreak havoc causing disease and illness.

As their work continues, researchers must now figure out why some pathogens turn deadly and under what conditions, likely revising current concepts of how these microorganisms cause disease.1

Much of the focus is on “gut flora” and the microbiome of the gut has been characterized as a “forgotten organ.”2 Many now believe that the human immune system, which seems to be designed to control microorganisms, is in fact controlled by microorganisms.3 Others report that the human microbiome may have a role in auto-immune diseases like diabetes, rheumatoid arthritis, muscular dystrophy, multiple sclerosis, fibromyalgia, and perhaps some cancers.4

So you can understand why keeping these bugs happy can contribute to a healthy body – and also why major manufacturers are jumping on the probiotic bandwagon. Probiotics are “good bugs” and are recommended for regular consumption (best from uncooked fermented foods like raw sauerkraut, sour pickles, kefir) and in supplemented, larger doses when taking antibiotics (which kill both the good and bad bugs in your gut).

I sat down once again with Dr. Gundry who in October will present for the third year at the World Congress Conference on Targeting Microbiota at Institut Pasteur in Paris. As usual, Gundry proved to be ahead of his time, and I was curious to know when his interest in body bugs began.

“When I was a medical student in the dark ages (1970s), broad spectrum antibiotics had just come out and we saw a new disease we had never seen before called Clostridium difficile (C. difficile, the bug that causes inflammation known as colitis). We didn’t know the bug back then, but one of my mentors was certain that we had killed off all of the normal bugs that lived in the bowel and that an abnormal bug had taken over. It would be like a bunch of gang members moving into a very nice community and breaking windows, shattering glass and shooting anyone in sight. He reasoned that the answer was not to give them more antibiotics but to give them material to fight the crazy gang members.”

His advisor’s idea was to replace the bad bugs with good bugs using somewhat unorthodox methods not considered scientific at the time; however, the results worked. “People thought he was absolutely crazy, but it worked, and that was my introduction to bugs long before anyone ever thought about this.”

In true Gundry fashion, he explains that we are merely a condo for our bugs, with bacteria, molds, and funguses constituting 90% of the cells that make a human human. “We are beginning to realize that we are their home. Fortunately, they are not freeloaders; in exchange for giving them a place to live, they are intimately involved with the upkeep and maintenance of their home.”

What we have done in the last 50 years is to try to run them out of their home through the use of antibiotics, coupled with the good old American diet. “Bugs that are good for you are always there; they are never totally wiped out so what you really want to do is to give the good guys the things that they can eat better than the bad guys.”

These microorganisms compete for food sources. They all have different foods they can digest better than their neighbor, and they all fight for territory. “As in real estate, it’s location, location, location. Where they all want to live is right next to the wall of your intestine because that is where all the great nourishment can be found.”

The bugs that live closest to our gut wall seem to be critical in telling our immune system what to do. “We have always thought that these bugs communicate telepathically (sort of like text messages), but we now have shown that certain bugs actually drill into the gut and make cell to cell contact with us. They are us and we are them; they are not foreigners, they are very much a part of us.”

How do we get these bugs? We now know that our set of bugs comes from our mother who inoculates the baby as it comes through the birth canal. Organisms that don’t standardly live in the birth canal even migrate there prior to delivery to ensure the baby receives the large variety of microbiota needed for proper health. And we start feeding the baby bugs right away, says Gundry. 10% of breast milk has sugars called oligosaccharides that our body has no ability to digest, but our gut bugs require it. So this organism invests 10% of the calories going into milk not to feed the baby, but to feed the baby bugs who will eventually, of course, make up 90% of who that baby is.

“Once you realize that 90% of you is not you, but bugs, you realize that you want to eat what they like, not what you like, because if you keep them happy, they will keep you happy; if you feed them things that the gang members like, then they will become more powerful and will run the good guys out of town.”

So what do the good guys like? According to Gundry, the good guys like soluble or fermentable fibers which are different from what most people think of good fibers. “Things like bran are insoluble fibers, and one of the worst things that you can eat.” Soluble fiber foods include artichokes, asparagus, mushrooms, avocados, blueberries, broccoli, and arugula. Also, resistant starches, which means that we can’t digest them, but our gut bugs “think they are See’s Candies.” He notes that cultures of longevity consist on diets rich (80%) in resistant starches (plantains, green bananas, jicama, taro root, yucca).

Gundry warns that when people are first introduced to fermentable fibers, the bugs are so happy that they produce a lot of gas often creating cramps or bloating. “We coach people through the fact that for the first couple of weeks, you may feel horrible, but hang in there, because it’s just your bugs celebrating and they will calm down.”

What do the bad guys like? “The bad guys love simple sugars (junk food, fruit, dairy), and that is unfortunately all we eat. Good guys can’t use or eat these.”

• It can take over a year to restore your gut flora after one round of antibiotics.

• All artificial sweeteners dramatically alter gut flora. One packet of Splenda will kill off 50% of the normal flora in your gut.5

• There are no such things as antioxidant food, he says. Evidence shows that the bugs in your mouth eat all the antioxidants before they even leave your mouth, then produce the beneficial compounds that help us function. So it’s not the foods but what these foods do to the bugs.

This revolutionary science is certain to change the way we look at medicine and health. In the meantime, learn all you can to honor your bugs and feed them well, because happy bugs equal a healthy body. 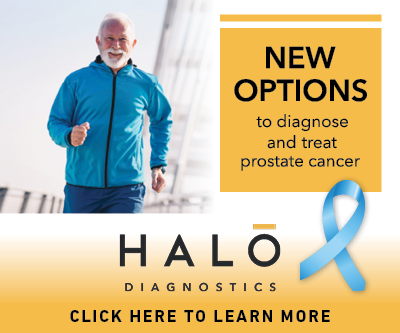 Heading Back Home Born and raised in LA, I've decided it's time to head…