Found in: Through the Generations | May/June 2012 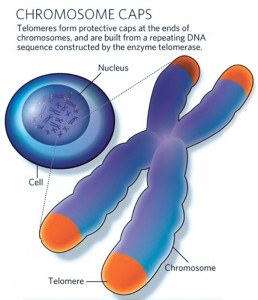 Humans have forever sought eternal youth. The desire to turn back the clock and slow the aging process is the dream of many and an obsession for some. Thanks to research conducted since a 1984 Nobel Prize winning discovery, a growing community of scientists now believe that this dream may be within our reach.

“Living to 150 years old could be 15, maybe 20 years away,” says scientist Bill Andrews, Ph.D., one of the premier telomere scientists who is dedicated to finding a cure for aging (Cure-aging-or-die-trying.com). His most recognized work followed the Nobel Prize in Medicine awarded to Elizabeth Blackburn of the University of California Berkeley and her then-grad student Carol Greider, who discovered the “the telomerase enzyme” in a pond scum organism. Ten years later, Andrews discovered the human equivalent of that enzyme which won him national accolades. 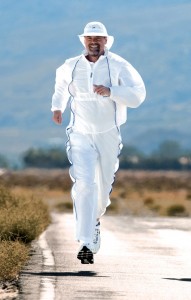 To follow the facts, a brief understanding of the science is necessary, so bear with us for a moment as this information could add many years to your life.

Your body is made up of trillions of cells that are constantly dividing. Each and every cell has 23 pairs of chromosomes (one from mom and one from dad). At the end of each chromosome are protective tips called telomeres (TEEL-o-meers). Think of the small plastic cover at the end of a pair of shoelaces.

Telomeres are critical to healthy cell function, but as cells divide, telomeres shorten and eventually cell division stops, resulting in various conditions related to aging. Research has shown that people over 60 who have long telomeres experience greater heart and immune system health than their counterparts with shorter ones.1

Thus, it is now understood that maintaining telomere length is integral to preventing the symptoms of aging. That is where the telomerase (tell-OM-er-us) enzyme comes in. It is responsible for maintaining the health and length of telomeres. The research is leading scientists to believe that activating telomerase enzymes can slow and even reverse telomere shortening, increasing a cell’s ability to replicate, and restoring and improving cellular function.

This age reversing theory has been proven in mice. In 2010, Harvard researcher Ronald A. DePinho, MD genetically aged a group of mice and then restored their vitality. He engineered the gene that makes telomerase so he could turn it on and off. Turning it off caused these genetically manipulated mice to form short telomeres. As expected, they prematurely aged with shrinkage of the brain and spleen; loss of sense of smell; and loss of fertility. A month later, he turned the gene back on to see if that would reverse these signs of aging. The mice were treated with a drug (4-OHT), that “turned on” production of telomerase and lengthened the telomeres. This practice dramatically reversed the signs of aging and surprisingly rejuvenated the mice. Their shrunken brains, spleens and testes resumed normal size, and they regained their sense of smell. The aged, infertile males once again became fertile, and fathered large litters.2

So could this science help age-related diseases?

Dan Olesnicky, M.D. of Executive Foresight in Indian Wells who studied molecular cell biology and genetics at NYU’s Graduate School of Arts & Sciences confirms that “telomeres play an important role in cancer, HIV, Alzheimers, Parkinsons, and progeria (a rare condition that produces premature aging in children). We are not quite sure what the link is, but a common denominator is shortened telomeres.” Executive Foresight is working with Andrews and his research team at Sierra Sciences.

There are many organizations today studying the effect of telomeres on specific diseases.

Where is the magic pill?

Andrews and his team are working on an FDA approved drug that he feels could be 3 years away from human testing and 10 years away from FDA approval. In the meantime, Andrews has worked with a nutraceutical company, Isagenix, to create an all-natural supplement (purified extracts of plants) that activates telomerase. It is marketed as Product B and consists of highly concentrated herbs and plants that Andrews has concluded in vitro have telomerase activating properties. There is another product on the market, TA65 by TA Sciences, which is also based on his research.

Andrews estimates that approximately 30,000+ people worldwide have taken these supplements and both companies are conducting independent studies. Clinical trials by TA Sciences have shown that 10 out of 12 people did have their shortest telomeres elongated by TA65 (as measured by Life Length, the only company in the world that can do so). The two who saw no change were the youngest of the group, and future studies will focus on those 65+. Andrews, who co-authored the report on the study, says “there have been no negative side effects reported to date.”

Here in the valley, Executive Foresight offers medically-supervised programs using both TA65 and Product B, and is monitoring ‘a handful of people’ through extensive testing that includes genetic measurements of telomeres.

“Once you hit 40, you have that magic realization that things start to hurt more than they used to. Your recovery time is much slower,” notes Olesnicky. “What clients in the program notice are a quicker recovery time and more stamina. They tend to bounce back quicker from exercise, stress and the common cold.”

Don’t give up your health regime.

Dr. Olesnicky reminds us, “If you are serious about your longevity, you need to take control. Stop smoking, lose weight, and don’t eat things that are bad for your body. Know your blood work and determine if there are any diseases brewing so you can be proactive.” He adds that habits which stress your immune system and cells also cause your telomeres to burn out. This research is confirmed, and you can control many of these factors.

But Andrews work with telomeres, and that of many others racing to beat the clock, creates future hope for all of us. “We know how to cure aging,” concludes Andrews. “As with all research, funding is imperative in allowing us to finish engineering a drug that can advance to human testing.”

To support his efforts, Executive Foresight has set up a 501c3 research fund. “Our heart lies in the cure of debilitating diseases,” says Olesnicky. “If Bill Andrews is near cracking the mystery of telomeres, we may be close to finding solutions to help with these diseases, as well as the aging process. The results to date are promising. We hope to help generate the funding necessary to allow him to continue his work for an even more promising future.”

Soul-full Solutions for Time Well Spent Time…We can’t stop the clock, but if we recognize…