An interview with Denise Minger 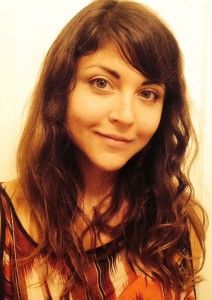 But upon graduating, life took a few unexpected turns that prevented her from continuing post graduate studies. Pondering her next move, she decided to write a blog about her other life passion, nutrition.

Denise became a vegetarian at age seven and a raw vegan in her teens. The self-proclaimed “pathological overachiever” jumped into each new regimen with great fanfare, driven by internet research and claims of grandeur. After a year of mostly fruits and leafy greens, she lost muscle mass, her ability to focus, and even fistfuls of hair – all justified as “detoxing” by her internet gurus. She whole-heartedly believed she was on the path to nutritional enlightenment until a fateful trip to the dentist revealed a mouth full of decay from vitamin deficiency. 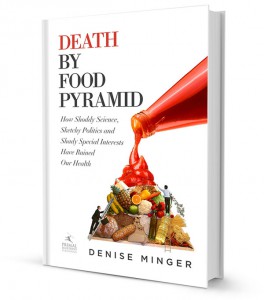 She learned a lot from those teenage years, so it seemed only natural to blog about her experiences and the research that ensued in an effort to help others avoid the same health hazards she had endured, and RawFoodSOS.com was born.

Minger had a few fans, but more people defended their raw food diets often pointing to T. Colin Campbell’s The China Study: The Most Comprehensive Study of Nutrition Ever Conducted. The project was a 20-year partnership of Cornell University, Oxford University and the Chinese Academy of Preventive Medicine, and the book written by Campbell, professor emeritus at Cornell, concluded that a plant-based diet is the healthiest and that a high consumption of animal-based foods is associated with more chronic disease.

Denise had been a believer too, but felt differently now and decided to take a closer look at the study’s data. The result was an in-depth analysis that went viral and launched her to blogger fame; it even commanded a rebuttal from Dr. Campbell himself.

Her next move was to take on the USDA in Death by Food Pyramid, an expose on how sketchy science and special interest groups have driven the American diet for the past 30 years. The book is full of facts and insider information, and really fun to read thanks to Minger’s impressive writing style.

In anticipation of her appearance January 13 as part of the Eisenhower Wellness Matters Speakers Series, we spoke with Minger about her incredible journey and what we can expect in her presentation.

What drove you to tackle 20 years of raw data from The China Study?

In 2008, I was in an accident that required surgery, followed by a six-month recovery process. It was during that time that I decided to analyze The China Study since so many people had used it to refute my advice on the RawFoodSOS blog. I had previously read the book when I was a raw vegan, but I hadn’t thought critically about it because it was confirming what I believed at the time. From what I could see online, no one who posted analysis had actually looked at the raw data; they had only looked at the interpretation of the data. I was able to track down a copy of the 900-page document through a university library and for three months, I just poured over the numbers and started doing my own calculations. The data was actually very well laid out and each page shared correlations. I was so absorbed in it all that I don’t really remember the process, I just know that I was very excited about it and felt I was doing something very important.

You are often challenged about your lack of professional credentials. Is there higher education in your future?

My parents are both in higher education and I could see myself going back for a masters in research and/or nutrition, but I also stand as one of those people who believes that we all need to self-educate to be our own advocates. We have this problem among lay people who believe they are not capable of understanding science unless they have an advanced degree and have learned everything they know in a classroom setting. I believe that self-education can be very powerful and I do want to empower people to take that route if they feel so inclined.

Death by Food Pyramid is so eye-opening. If you were to create an image for food guidelines, what would it look like?

Believe it or not, it would probably look somewhat like a pyramid, which is ironic I know, but what I really want to encourage people to do is to move away from the idea of viewing food as a collection of fats and carbohydrates or good nutrients and bad nutrients, as this simply creates fodder for the food industry to say ‘Ok, we are now teaching Americans that fats are bad for you, so let’s create and promote new fat-free foods that will be viewed as healthy.’

Instead of viewing foods as good or bad, look back at history and see what kind of foods have sustained people for a long time, and what food patterns have created health around the globe.  While there is diversity, by in large, the common denominator is whole foods. With that said, my pyramid would consist of nutrient-dense whole foods from both the plant and animal kingdom at the bottom and those foods which have been manufactured and manipulated at the top.

You speak all over the world, and we are very excited that you are coming to the desert. What can attendees expect to take away from your presentation?

My primary goal is to help people understand the confusing mass of contradictory information that we have been fed from all these different sources, and really arrive at a place of truth where they can take a direction forward with their health and feel confident about it.