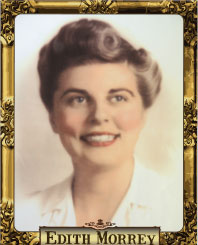 In 1932, Edith Morrey was 20 years old. You may know Edith as the “Grande Dame of Fashion” whose chic clothing boutique, the first on El Paseo, helped launch the famed street. At 20, she lived in Portland and it was there she would attend the most impactful event of her life.

That year, she read that acclaimed nutritionist, Gayelord Hauser, was coming to teach a six-week course. Suffering from digestive issues, she was eager to learn all she could about the effects of food on the body. The course was expensive for the time at $200 (equal to over $3,000 today), but Edith was drawn to Hauser’s ideals and determined to attend.

Hauser (1895–1984) considered himself a “food scientist” and studied nutrition, naturopathy and chiropractic. He was a best-selling author of the time and popular on the lecture and social circuits. Living in Hollywood, he was a nutritional advisor to many entertainers such as Adele Astaire, Greta Garbo, and Marlene Dietrich.1

Hauser promoted ‘the natural way of eating’ encouraging foods rich in vitamin B and discouraging consumption of sugar and white flour. He taught the healthful effects of “whole foods” and urged people to avoid too much fat and excessive consumption of meat. He provided recipes for whole wheat breads, nutritional drinks, and yogurt, and in the 1950s when enriched white breads were introduced, he denounced them as “devitalized.”1 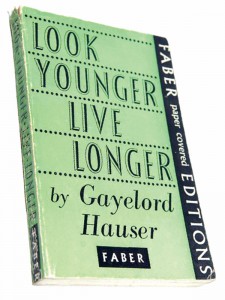 Ahead of his time, Hauser himself was denounced for making health recommendations although he was not  a medical doctor. He was the target of sugar and flour lobbyists and in 1951, the Food and Drug Administration seized copies of his book Look Younger; Live Longer, which promised to add five “youthful years” to your life, on the grounds that it was promoting the sale of one brand of blackstrap molasses.1 The book is still in circulation today.

New York Magazine reported, “Hauser believed that if you fuel your body with “wonder foods” including brewer’s yeast, wheat germ, and molasses, apparently all rich in various vitamins and minerals that will guarantee long life, you can live until you are 100.”

It certainly worked for Edith Morrey. “Taking that nutrition class formed my life relationship with food,” she says. “From then on I looked at food and asked ‘what effect will this have on my body?’ ” The practice has served her well for over 82 years.

This year Edith celebrated her 102 birthday. 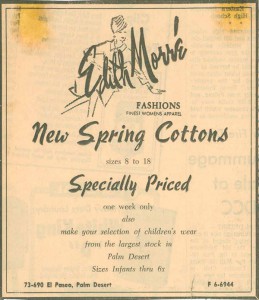 She has enjoyed an exuberant life of good health and vitality and has never taken medications. She has only been in the hospital twice: last year when she broke her femur and when she was born. She received a partial hip replacement in December, yet recovered faster than many 30 years younger. She refused pain medication after the surgery and within months was back living on her own and driving herself around town. She stopped her physical therapy because “it was so boring, and I am so busy and just have so much to do!” However, she continues her daily exercise of walking and stretching.

“Edith has incredibly good health,” says Joe Scherger, MD, her primary care physician of three years. “She eats the perfect diet and avoids foods that are inflammatory or toxic. She lives by the old adage ‘Let food be thy medicine, and medicine be thy food’ and as such has avoided illnesses that so many others develop. It also aided her incredibly quick recovery.”

Since that course 82 years ago, Edith has avoided white flour and grains, dairy, butter and meat. She is a fan of fruits and vegetables and eats fresh fish. “I probably eat too much fruit,” she admits, and pineapple is her favorite treat. When she cheats, she turns to cottage cheese “or a glass of champagne on special occasions.” She enjoys an avocado each day and one ounce of “good dark chocolate” after every meal. She continues to learn, so has started eating more onions after hearing Dr. Oz discussing their nutritional value. 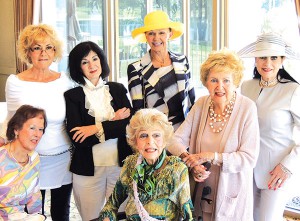 Friends gathered to celebrate Edith’s 102 birthday on May 5th

“Dr. Oz is good, but Gayelord Hauser was an incredible man. So ahead of his time!” says Edith who has all of his books and plans to give them to her preventative care doctor of 12 years, Steven Gundry, MD, himself a renowned researcher and author.

Edith was married to a doctor, Robert Morrey, MD, one of the founding physicians of Eisenhower Medical Center. His office was in the El Paseo building Edith constructed for her dress shop which provided the “most elegant waiting room in town.”

“Robert didn’t agree with all my nutrition choices, but he was ok with it as long as it kept me healthy and happy. He was a wonderful man,” she adds. “He took care of President Eisenhower and his family when they were in the desert. And Ike said he was the only doctor who didn’t charge him. Robert said, ‘I wouldn’t do that after all you have done for this country.’”

When it comes to health, she worries about our country. “I blame the government. You shouldn’t have to stand in a grocery store and read the ingredients to see if they are safe to eat.”

“I think nutrition could save this country. I continue to read so many books, and I try to encourage people to get enthusiastic about learning about health and nutrition; to eat the proper foods and to feed their families nutritious meals.”

Edith is passionate about educating others on the subject and enjoys grocery shopping where she often shares her message of good health with those she meets. When asked her age, they seldom believe her…until she shows them a copy of her birth certificate.

With all of Edith’s incredible contributions to El Paseo and the desert’s fashion industry, it is surprising to hear her say, “Good health will be my legacy.”

And somehow we know that Gayelord Hauser is smiling down on Edith Morrey.

2 Responses to “Celebrating Edith Morrey at 102” 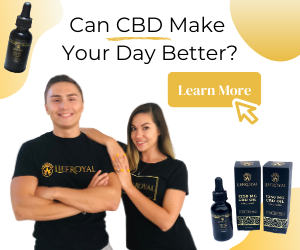 The Growth of Functional Medicine When I created Desert Health 10 years ago, one of the…

A Look at the Good News Every human on our planet is struggling right now.…