Botox: The Poison that Heals 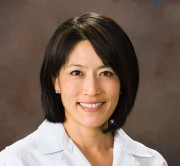 Botulinum toxin is best known for its use in aesthetics as an agent for smoothing away facial wrinkles and turning back the signs of aging. It works by blocking the signals sent by nerve endings to muscles, preventing them from contracting and thereby smoothing out the lines of the skin over the muscles.

Modern medical use of botulinum toxin as a therapeutic drug began in the early 1970s when it was used to treat strabismus or “crossed eyes.” Over time its desirable cosmetic effects were noted, and in 2002 Botox Cosmetic gained FDA approval for use in the temporary improvement of glabellar lines (frown lines between the eyebrows). The effects of Botox are transient, and each treatment lasts about 4 months.

The therapeutic uses of Botox have expanded to include a wide range of medical conditions. Otolaryngologists (ENT physicians) have used Botox successfully to treat both cosmetic and non-cosmetic conditions of the head and neck including:

TMJ. Temporomandibular joint disorder (TMJ) is a condition that causes pain and dysfunction in the jaw joint and the muscles that control jaw movement. TMJ affects over 10 million Americans and the pain can be excruciating. Injecting Botox into the muscles that move the jaw can significantly reduce this pain. It is thought that the mechanisms of action include relief of tension by causing mild atrophy of the affected muscle, improved aerobic metabolism, and decompression of pain signals.

Hemifacial spasm. This condition causes recurrent involuntary spasmodic movements of the facial muscles. In randomized, controlled trials Botox has been shown to be an effective and safe treatment to diminish these involuntary muscle contractions.

Frey’s syndrome. This is a condition in which the face flushes and begins to sweat when a person is eating. It typically occurs after surgery for the parotid (salivary) gland. Injecting Botox into the areas of excessive facial sweating can be helpful.

Spasmodic dysphonia. This is a voice disorder characterized by hoarseness and abnormal speech breaks. It is caused by inappropriate spasm of the vocal muscles, and can be improved with the injection of Botox.

The literature shows increasing numbers of studies focused on therapeutic roles for Botox in a wide range of conditions pertaining to Otolaryngology and head and neck surgery, as well as other areas of the body. It should be emphasized that Botox must be used only under a doctor’s care. When used by a knowledgeable provider, the likelihood of spread to other areas of the body and the development of botulism are unlikely.

In the future it is likely that the spectrum of clinical uses and number of individuals receiving Botox will continue to rise for both medical and cosmetic conditions. It seems predictable that judicious and safe use of what was once known only as a potent toxin will continue to support its role as “the poison that heals.”