A Medical Life & Yogi Soul: ER Nurse Johnny Yuhas Finds a Way to Give Back

Johnny Yuhas has spent a large portion of his life helping others. As an RN at Eisenhower Medical Center’s Tennity Emergency Department, he has helped save many, and as a yoga instructor, he has transformed many more.

But Johnny takes his work a step further. He donates all of the proceeds from his yoga classes to local charities including Coachella Valley’s Volunteers in Medicine, the valley’s only free medical clinic. 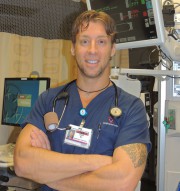 “Working in the ER, I have seen first-hand people without proper coverage or who have fallen through the cracks,” states Yuhas.  “Supporting Volunteers in Medicine is another way I can help people get back on their feet.”

Yuhas studied medicine in Ohio and had the privilege of working for two years at the Cleveland Clinic, one of the nation’s leading institutions for integrative medicine. But something was drawing him to the West Coast and he set his sights on Scripts Hospital in La Jolla when out of the blue, he received a call from Eisenhower. One look at our magical mountains and Yuhas knew he was home. “I’m a firm believer that your past leads you where you need to go.” 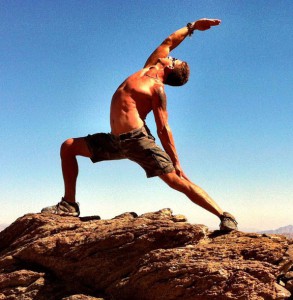 He describes his 15-year yoga practice as “a major cornerstone” in his life. Yuhas recently received an invitation to deepen his yoga practice through a second teacher training in Rishikesh, India. He is certain to return with many gifts to share with his students who think the world of this charismatic man.

“Everyone has the time and ability to give back in some way,” states Yuhas noting something he calls “TBD” (too busy disorder).  “Adding something purposeful to your life often creates a greater sense of freedom and time.”

3 Responses to “A Medical Life & Yogi Soul: ER Nurse Johnny Yuhas Finds a Way to Give Back”