Raising awareness and funds for melanoma 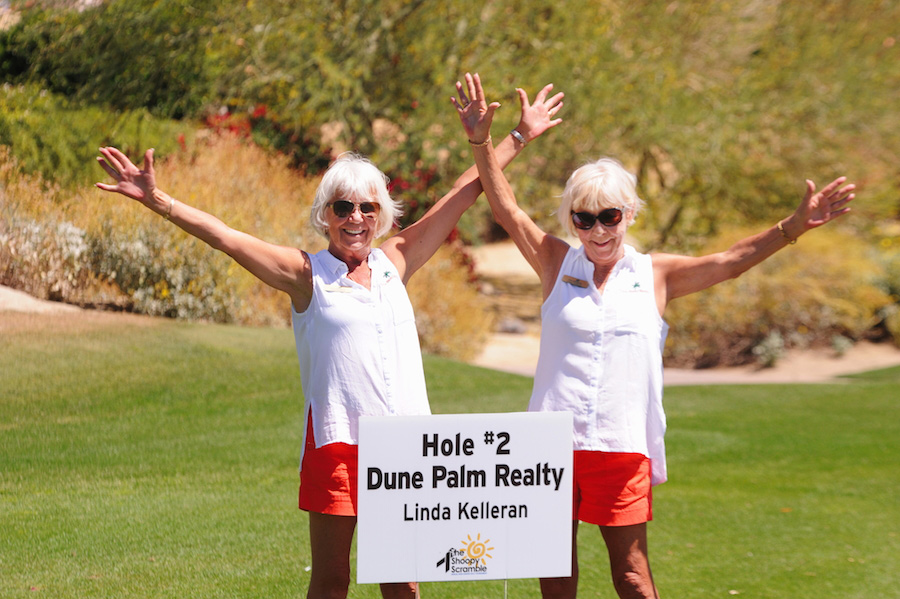 Brett Shoopman was born and raised in the Coachella Valley and is a golf professional at Desert Willow Golf Resort. Eight years ago, he discovered a suspicious mole that seemed to be growing. But it was under his shirt, not on his face, arms or legs, the typical locations golf pros check for skin cancer.

“But guess what?” he says, “I quickly learned that melanoma can get you anywhere and it happened to me.” He almost waited too long and was rushed out of the area for treatment that saved his life. Feeling grateful to be alive, he decided to do something to raise awareness and help others in his community and The Shoopy Scramble was born.

“The Shoopy Scramble is a way for me to reach out to my hometown, to help generate awareness for melanoma and to share what I have learned,” he says. “You don’t want to know what I know, so if you can detect it early and recognize it on your own skin, you can save your own life,” which is exactly what Shoopman did when his cancer returned in 2018.

He is now a two-time survivor of malignant melanoma, the worst form of skin cancer. He has been on Keytruda for 13 months and is now deemed cancer free; however, the medication left him with swelling in his knees – not a good side effect for a golf pro. But it hasn’t stopped him from delivering on his mission. “We live in the sun capital of the world and you don’t hear people talking about skin cancer, which is the fastest growing cancer in our country,” he passionately states. “I hope to change that.”

Now in its eighth year, The Shoopy Scramble will take place April 20 at Desert Willow. The event benefits the Lucy Curci Cancer Center at Eisenhower Health and has raised over $181,000. “We are so grateful to our sponsors and all who contribute to the tournament,” says Shoopman. While registration to play in the tournament is full, participants can support the cause by donating items to the silent auction and sponsoring a golf hole on one of the two courses being played (deadline for donations is April 10).

“The response from the community, my family and friends has been overwhelming,” he adds. “I have received personal thanks from people who, because of the outreach, were tested and fortunately caught early enough to be treated and cured. This alone has made it all worthwhile.”

To donate to the tournament, contact Brett Shoopman at brett@shoopyscramble.org. For more information, visit www.ShoopyScramble.org.

UPDATE (3.1.20): ALL WANDERLUST EVENTS (Including Wellspring) CANCELLED DUE TO CORONAVIRUS For more information and the latest updates,…